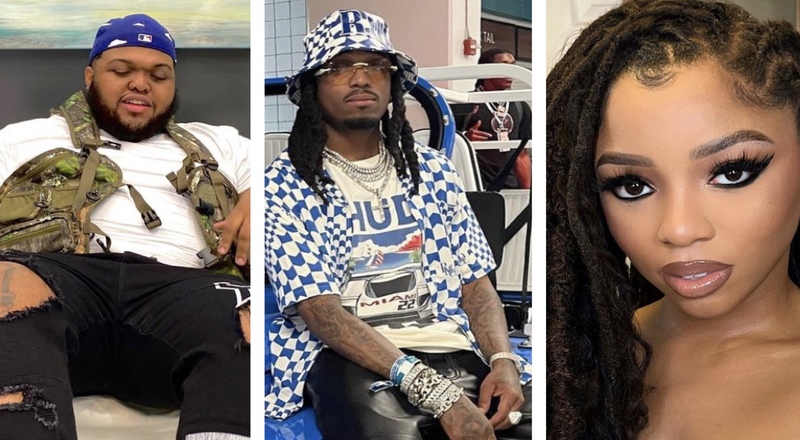 Quavo, Chloe Bailey and Druski to appear in “Praise This” film

In April, it was revealed that Quavo had been casted into the action thriller film, “Takeover.” This in one of multiple films that the Migos rapper will be part of. Now, he’s been added to Universal Pictures’ “Praise This,” according to Deadline. Will Packer Productions is also in partnership in creating this film. Johanna Byer exec is producing.

Praise This is a music-competition feature comedy, directed by Tina Gordon. The plot involves youth choirs. Other notable stars set to appear in this film are Chloe Bailey, Druski, Tristan Mack Wilds, and more.

Praise This is scheduled to be released on Peacock, in 2023. Filming for this movie initially started in Atlanta, in June. Praise This is still in the early production stages, as the latest draft of the script was recently created. Praise This was based off an original idea by The Story Company.

Chloe had appered in “Black-ish” before, and fans are very familiar with her music, especially with her recent solo singles released, over the past half year. Druski is known for his viral Instagram skits, as those talents were expected to transition into acting. Quavo is also building his acting resume, with the addition of Praise This.

Quavo, Chloe Bailey and Druski to appear in “Praise This” film