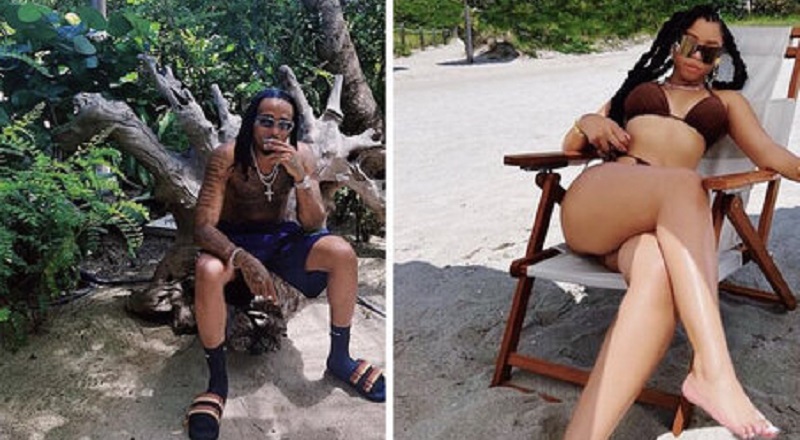 Quavo and Chloe Bailey have people thinking they are dating

Quavo was once the most recognized member of Migos. This is a title he held onto until 2018. After that, Offset held that distinction, primarily because of Cardi B. Not to be outdone, Quavo had his own high profile romance. Until last year, Quavo and Saweetie were a happy couple.

Quavo first rose to prominence, in the game, in 2016. This is when Migos truly broke through. Make no mistake, Migos made their first impact in 2013. When Migos dropped “Versace,” Drake jumped on the record. As a result, every rapper made a remix to the song.

Quavo was dominating the game, while Chloe Bailey was still learning the game. In 2015, Chloe and her sister, Halle, as Chloe X Halle signed to Beyonce’s Parkwood Entertainment. Early in 2016, Chloe X Halle began making their first major appearances, as a group. Even still, it took an additional five years for Chloe Bailey to blow up. Last year, Chloe had breakout success, and rumors of her and Gunna dating. In May, Gunna went to prison. Now, Chloe is on vacation and Gossip Of The City is indicating that she is on vacation with Quavo. Their reasoning is the vacation photos appear to be on the same beach.

Quavo and Chloe Bailey have people thinking they are dating

More in Hip Hop News
Lil Tjay billboard appears in NYC, saying “I’m back,” two months after getting shot
Small business owner puts woman on blast for stealing from her store, sharing a video on TikTok of her riding the bus with this woman, and getting her arrested [VIDEO]