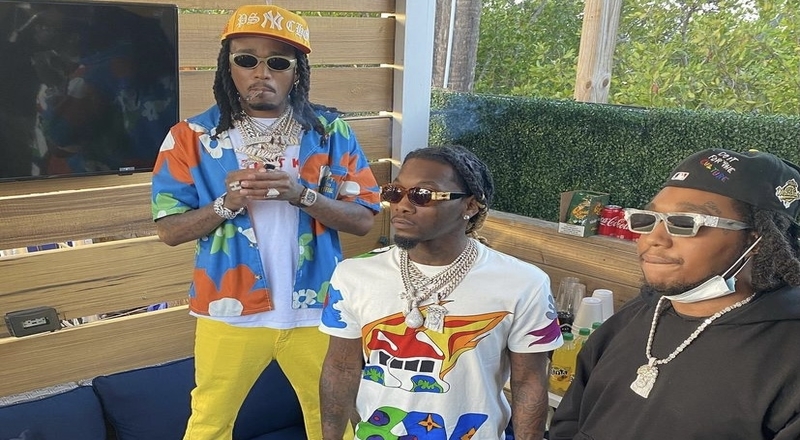 It’s been a very long time since Migos fans have been given an album from the group. That last came in January 2018 with their “Culture II” project. That was an instant success as it debuted at No. 1 on the Billboard 200 chart and was led by hits such as “Walk It Like I Talk It” featuring Drake and “MotorSport” feat. Cardi B and Nicki Minaj.

At the start of this year though, Migos shared a trailer for “Culture III” and last month, Quavo and the group shared a snippet of a new song they have with some of Quavo’s being displayed. Fans loved what they briefly heard as the demand for Culture III started to grow even more.

Quavo has just now given fans another Culture III update via Twitter. He believes that this album will be Migos’ “best body of work.”

“We In Here Working On Our Best Body Of Work!!! Soon U Will See #Culture3.”

As of now, there is still no official release date for Culture III. Many anticipate that it will be out sometime this summer, though. When that does happen, listeners also believe that Migos might have another No. 1 album on their hands.

Continue Reading
You may also like...
Related Topics:featured, migos, quavo

More in Album Preview
Zendaya Becomes Ecstatic Seeing H.E.R. Win at #Oscars For Best Original Song For “Fight For You” [VIDEO]
Tyrese has left Twitter absolutely confused, as he has shared with the world, on IG, that he shaves his girlfriend, “down there,” and people wonder why he is like this with his GF