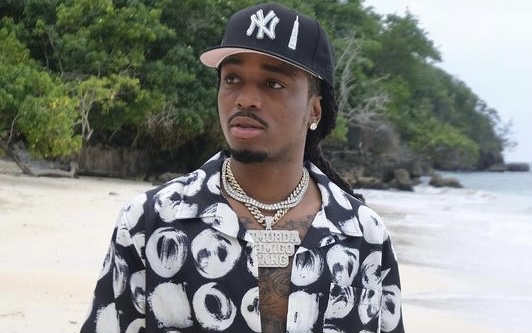 It’s been over three years now since Migos last released an album together as that was “Culture II” in January of 2018. Since then, the group has teased the third installment being on the way but no release date has ever come out of it. At the start of 2021 though, the Atlanta trio has been previewing new music as it appears that Culture III will be out in 2021.

Quavo, 1/3 of Migos, took to Twitter on Sunday evening to provide some more great news for fans. He revealed that Culture III is “goin into mixing,” which appears that the album is in its final stages of being completed. Back in January, the group put out a trailer to generate anticipation for the album as fans continue to anxiously wait on a release date.

The last project we received from either member of Migos was Offset, with his solo album, “Father of 4,” in March 2019 That project debuted at No. 4 on the Billboard 200 chart and is certified gold in the US. With the Culture sequel in 2018, that debuted at No. 1 and is 2x platinum. That project was led by hits such as “Walk It Like I Talk It,” “Stir Fry” and “MotorSport” feat. Nicki Minaj and Cardi B

More in Album Preview
DMX’s Fiancée, Desiree Lindstrom, Posts Tribute To X on Instagram After Getting Tattoo in Honor of Him – “Thank You God For Earl Simmons…Forever X”
Doja Cat’s New “Kiss Me More” Single Featuring SZA, Becomes Fastest Selling All-Female Collaboration in the US So Far, For 2021