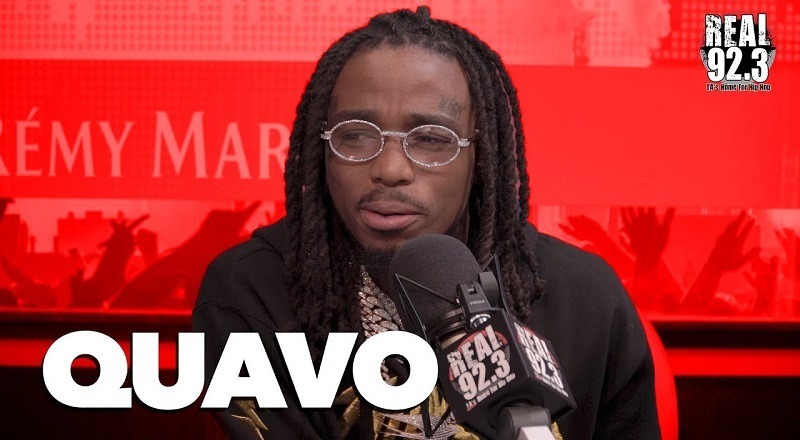 Before Migos took over the game, Quavo established himself as the most-popular member of the group. Because of this, Quavo quickly became one of rap’s most-popular names. This year, Offset took that title from him, via Cardi B, and his Tyga collaboration.

Quavo dropped his debut album, however, and took it back. Because of his Nicki Minaj track, Quavo has the spotlight all on him, as fans are debating what really happened. But, Quavo is rumored to have another woman, Saweetie, in his life.

Recently, Quavo was in LA and he visited Real 92.3, where he sat down with Bootleg Kev and DJ Hed. The conversation did begin with a discussion about Saweetie, before jumping into Lil Peep, who died of an overdose last year. They also spoke about his group and Drake collaborating, Joe Budden, and much more.

More in Hip Hop News
Future Says He Signed $50 Million Deal On V-103; Lets Fans Speculate On Who He Inked The Deal With And What It Includes [VIDEO]
Mozzy ft. Too $hort, Yhung T.O., and DCMBR – “Excuse Me” [VIDEO]