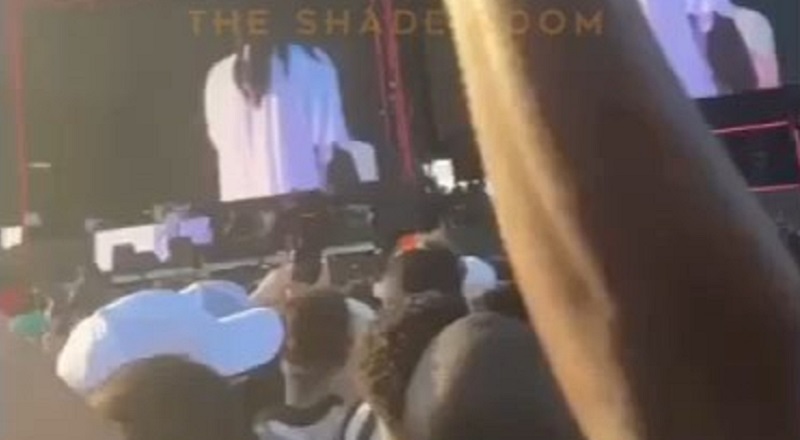 Quavo was the breakout star of Migos. From 2013 until 2018, Quavo was the undisputed most popular rapper of the trio. In 2017, Offset began gaining popularity, due to him dating Cardi B. A year later, Offset was revealed to be married to Cardi B, had solo success, and Tyga featured him on “Taste.”

Quavo has refocused on his music, but there are rumors that he and Offset have had a falling out. Nowadays, Quavo and Takeoff are releasing music as a duo. Today, Gucci Mane brought Quavo and Takeoff out, during his Rolling Loud set. While Gucci Mane was performing with Quavo and Takeoff, their set was cut off. As a result, Quavo got upset. In turn, Quavo expressed his frustration by throwing his microphone into the crowd.

More in Hip Hop News
Young Dolph mural in Memphis gets defaced, days before scheduling to be finished in time, for Dolph’s birthday
Rollie Bands, rising Tampa rapper, was shot and killed in front of his home, after telling anyone who wants smoke to pull up on him in five minutes