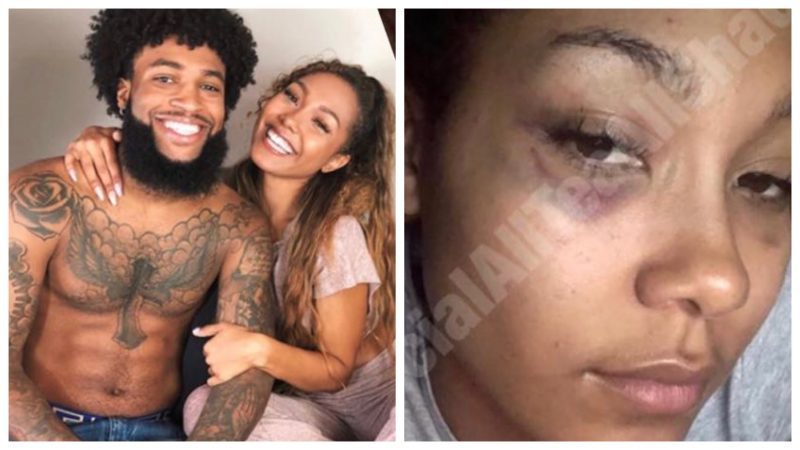 These men just can’t keep their hands off of women!

‘My Wife and Kids’ star, Parker McKenna, was allegedly beaten by her boyfriend, YouTube star, Chris Sails. Chris used to be married to singer, Queen Naija, but their marriage quickly dissolved after allegation of abuse and cheating came to surface.

He quickly got into a relationship with Parker, but the two had an on-again, off-again relationship.  The two moved in together, two weeks ago. But now it seems that Parker has moved out and moved back to LA with her family. Fans quickly noticed that Parker had black eyes in her Snapchat. Photos of a bruised and battered Parker’s have now hit the blogs and many people think that her friend sent the photos in.

Queen Naija and her boyfriend, Clarence, have tweeted out their support for Parker. Chris has not publicly acknowledged the allegations and is currently celebrating his birthday. We’ll keep you updated with more information as we get it. Our prayers go out to Parker at this time.

More in Hip Hop News
Rich The Kid Expecting Child With GF Tori Brixx Although He Is Legally Married to Ex-Twerk Team Member, Lady Luscious
Blac Youngsta Releases The Dates For The Pull Up Tour