Home » Hip Hop News » R. Kelly’s former goddaughter testifies that she had an “innumerable” amount of sex with Kelly, between the ages of 15-18, and Kelly got her to bring other minors to join them 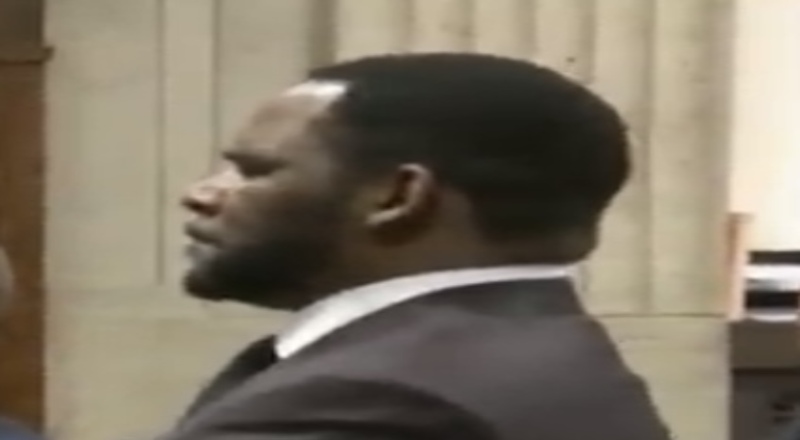 Woman testifies that she started having sex with R. Kelly at 14

Last month, R. Kelly was hit with 30 years in prison, after being sentenced for his sex crimes trial, in Brooklyn. Now, Kelly is dealing with another sex crimes case, in his home state of Illinois. This trial is being held in the disgraced singer’s hometown of Chicago.

One of the individuals who testified at Kelly’s trial today, is his former goddaughter, who is currently 37-years-old. This woman testified as Jane Doe, as her sexual encounters began with Kelly, back when she was 15, per TMZ. This relationship is said to have began when she turned 13. She had sex with Kelly in locations such as his home, recording studios, tour buses, and hotel rooms.

The aunt of this woman allegedly asked Kelly to be the godfather, to help elevate her career as a singer. This eventually led to the two having an “uncountable” amount of sex, before turning 18. She claims that she fell in love with Kelly, and even brought her other friends to him, who were also minors. She also claimed to nervous to turn down Kelly’s advances, and viewed him as authority. Sexual encounters between the two even went on to be recorded.

Woman testifies that she started having sex with R. Kelly at 14

More in Hip Hop News
Chloe Bailey does the If I Get Caught Cheating Challenge and dominates it #IfIGetCaughtCheating [VIDEO]
Young Thug’s request for bond is denied for a third time, after proposing 24-hour house arrest