Home » Articles » R. Kelly’s Girlfriend, Azriel Clary, Reportedly Arrested at Hospital By Feds After Lying in Statements Regarding Fight With His Other GF Joycelyn Savage and For Stealing Kelly’s Jewelry and Clothes [VIDEO] 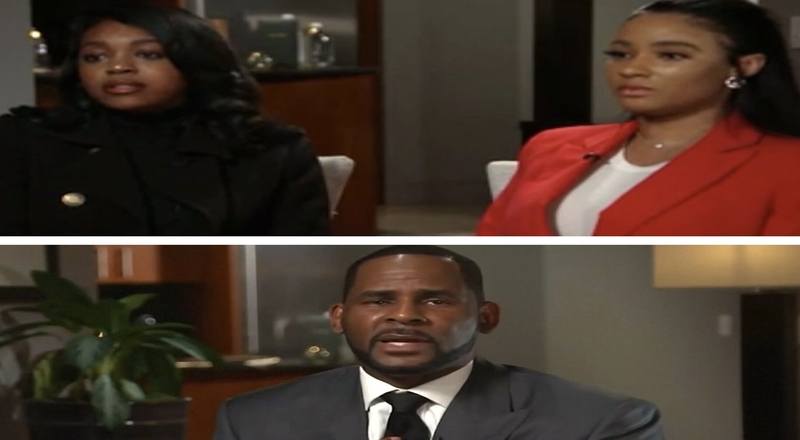 Early Wednesday afternoon, R. Kelly’s girlfriends, Azriel Clary and Joycelyn Savage, got into a fight at his Trump Tower condo in Chicago. Clary was on Instagram Live and saying how she would send Savage to jail for sex with a minor and that Kelly has been lying to the people. Clary added that Kelly got her and Savage to lie for him in their Gayle King CBS interview from early 2019 too. From that point, the two got into a physical fight right when IG Live was still filming.

Clary ended up being sent to a local hospital to be evaluated. Kelly’s lawyer, Steven Greenberg, has since said to TMZ that he has a written statement by her saying she never had sex with Kelly while underage. Clary still appears to be in hot water now though as according to sources close to Gossip In The City, she has been taken into federal custody for lying on statements and supposedly stealing Kelly’s watches and clothes. Clary also had the intention to sell these items.

Prior to the fight going down, Clary had also brought cameramen and some friends who were all men into the condo. Savage has been very local of defending Kelly lately as she shut down reports of her being the one who made a Patreon account to detail abuse suffered at the hands by him. She ended up reading a script saying how she won’t damage his name.

At his point regarding Clary though, it’s unclear of what the feds plan to charge her with or what they will want to know about Savage. The two were also discussed on Lifetime’s ‘Surviving R Kelly Part 2: The Reckoning’ last week as more victims spoke out on being sexually assaulted by Kelly at young ages. Check out footage of the IG Live altercation between the two women below.

More in Articles
Gervonta Davis gets apprehended by police, while out with Yaya, Floyd Mayweather’s ex, and his alleged new girlfriend (DEVELOPING STORY) [VIDEO]
R. Kelly’s Girlfriend, Azriel Clary, Says His Other GF Joycelyn Savage, Has Been Put in Jail For Assault After The Two Fought on Instagram Live; Clary Not Facing Charges After Reports of Being Taken Into Custody [VIDEO]