Home » Hip Hop News » Racism or nah? White man accuses Black man of stealing, threatens him, and makes him get on his knees, while he berates him, in Charlottesville [VIDEO] 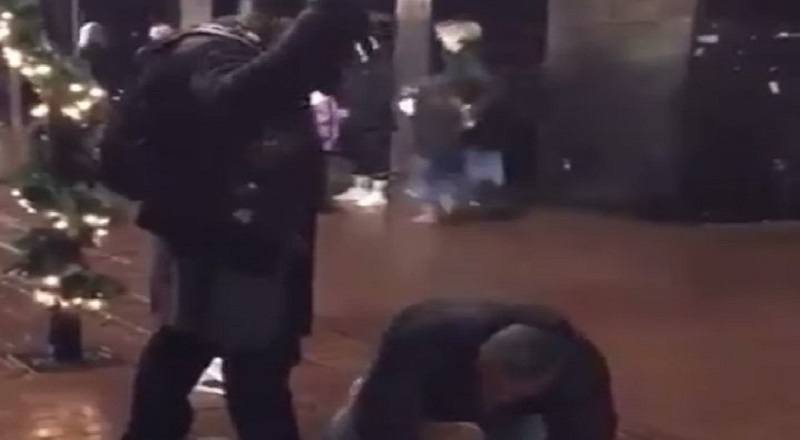 Late in the summer of 2017, Charlottesville, Virginia was ground zero of major controversy. As the Virginia government voted to remove Confederate statues, a major protest ensued. The end result was the death of a young woman.

How the president responded to this ended up being the cause of much controversy. While Charlottesville has become a talking point, for political pundits, the city hasn’t gotten much attention, since. That looks as if it may change.

This afternoon, a white man, who is a White supremacist, according to reports, attacked a black man. In the video, he is accusing him of stealing, forcing the man to get on the ground. Many people walked by, doing nothing, as he berated the man, making all kinds of accusations about him.