Home » Hip Hop News » Racquel Bailey, the woman who purchased a billboard to get Tyler Perry’s attention, lands a role on his upcoming TV series 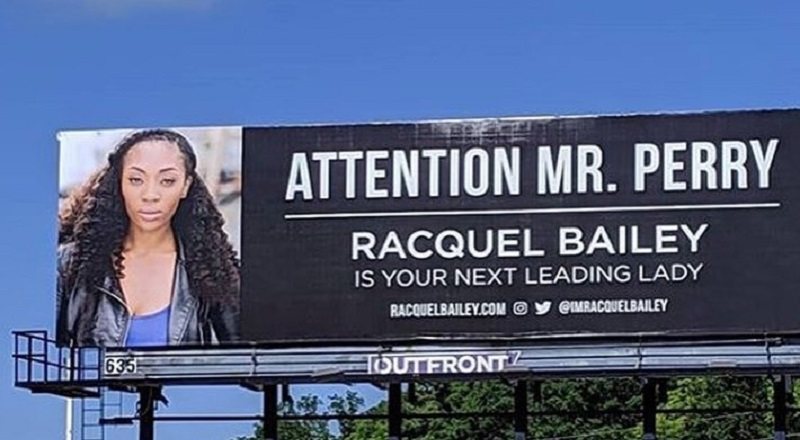 Conventional wisdom is just a fancy way of people not being willing to embrace change. It’s not even tradition, it’s just the way things have always been done. So, when aspiring actress, Racquel Bailey, decided to buy a billboard to get Tyler Perry’s attention, people were stunned.

As people laughed Bailey off, they said she went about getting attention the wrong way. But, what separated her from other actresses is that she got a response from Tyler Perry. In his response, he told her she didn’t have to do all of that, but check this out.

Currently, Tyler Perry is developing a series, called “Sistas,” for BET, which is soon to air. Cast in the show is Racquel Bailey, who will appear in the season finale. There are also talks of Bailey appearing, more frequently, in the second season.

More in Hip Hop News
Solange gets harassed by paparazzi, who try and question her about Jay-Z’s NFL deal, and try to shame woman who runs them off about her hairy armpits [VIDEO]
Jamie Foxx has reportedly moved in with 19-year-old model, Sela Vave, one day after he and Katie Holmes reportedly split up