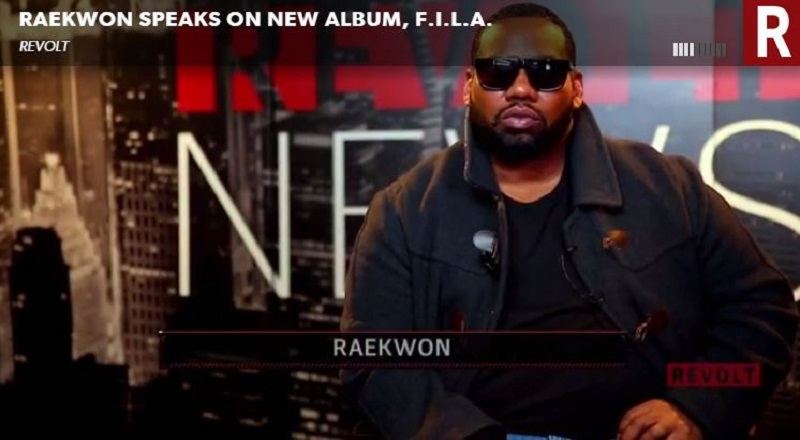 After shuffling release dates since late 2012, Raekwon is finally ready to release his new album. Initially, Raekwon announced a third edition of his classic Only Built 4 Cuban Linx series. In 2013, Raekwon revealed this new album would be called F.I.L.A.

Obviously a play on the sneaker name, Raekwon’s F.I.L.A. is an acronym for Fly International Luxurious Art. This album was originally due in 2013, before being delayed until 2014. No more delays, Raekwon is releasing the album on April 28.

Raekwon is doing his media rounds and he stopped by Revolt TV. They talked about the upcoming album, F.I.L.A. In this conversation, Raekwon talked about how he is evolving as an artist, yet trying to maintain his core fan base with the new album.