Home » Hip Hop News » Rajon Rondo reportedly pulled a weapon on his baby mama and threatened to kill her, but has not been arrested, according to reports 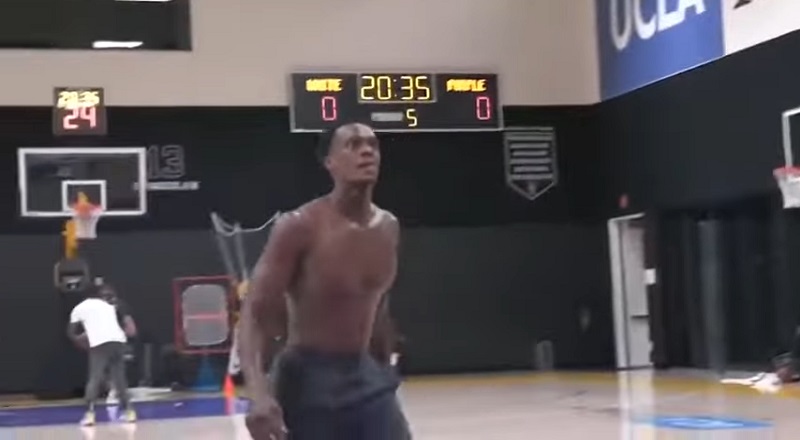 Rajon Rondo won the 2020 title with the Lakers. The 2020 title was Rondo’s second championship. Early in Rajon Rondo’s career, he helped lead the Boston Celtics to the 2008 title. Ironically, Rondo’s Celtics won the title against the Los Angeles Lakers.

Rajon Rondo and the Lakers played for the title in October. Of course, the Miami Heat were their opponent. This was the latest the NBA Finals were ever played. The reason for the late end to the season was COVID-19. In March, the NBA was forced to suspend the season. After that, the season restarted in July. As a result, only a few teams played.

More in Hip Hop News
Kim Kardashian subliminally accuses ex-husband Kris Humphries of being gay, by saying she hasn’t been to a gay wedding, since her second wedding
Footage revealed of Freddie Gibbs being attacked, before his recent concert in Buffalo; Denies that his jewelry got stolen [VIDEO]