Home » Hip Hop News » Rajon Rondo is being sued for allegedly pushing a woman and having his girlfriend beat her up; Footage released shows Rondo trying to break up a potential fight and moving the woman out of the way [VIDEO] 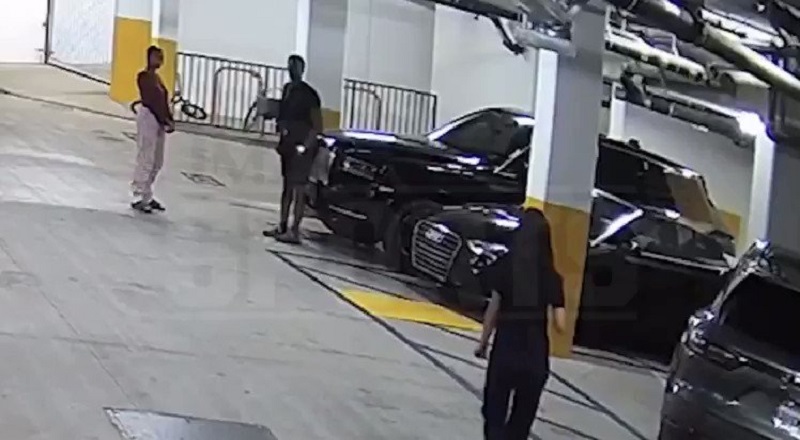 Back in October, Rajon Rondo won his second championship. This one was much different than his first, winning alongside LeBron James, as opposed to beating him on the way to the Finals. However, the biggest irony was playing for the Lakers, instead of playing them.

Rajon Rondo, a few days ago, found his name included in some controversy. With the season beginning tomorrow, this is negative press that the Lakers don’t need. A woman was accusing Rajon Rondo of pushing her and having his girlfriend beat her up.

Reportedly, Rajon Rondo is being sued by a woman, who claims he allegedly pushed her, and had his girlfriend beat her up. However, the footage from this incident has surfaced. The footage shows Rondo trying to break up a fight and him moving a woman away from his girlfriend, in a parking garage.

More in Hip Hop News
Journee crosses 2 million streams, in first week, with “It’s Not You It’s Me” EP, her debut project
Big Boi is trending on Twitter, but it has nothing to do with Outkast; Hip hop fans on Twitter jumped in, sharing a meme of Big Boi, saying it’s the only Big Boi they acknowledge