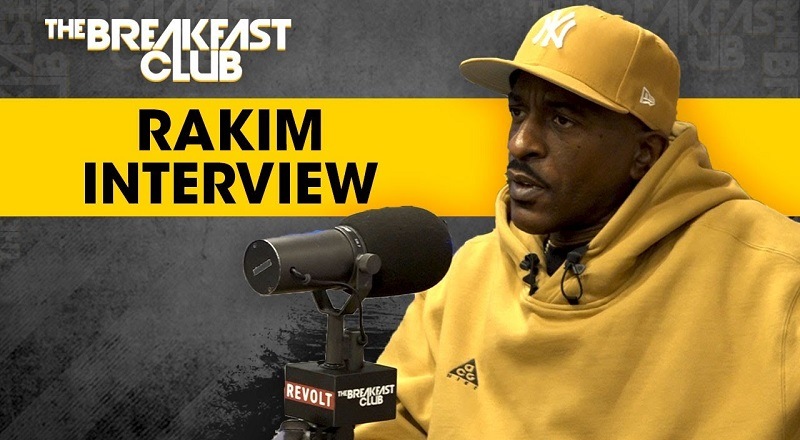 Rakim went down in history as one of rap’s all-time greatest, with such names as 50 Cent often citing him as inspiration. The Long Island legend, with Eric B., made history. This duo made classic records and coined the phrase “thinking of a master plan.”

Recently, Rakim visited “The Breakfast Club,” doing something rare with DJ Envy, Angela Yee, and Charlamagne Tha God, an interview. In the conversation, the conversation was about hip hop history, particularly his. But, he also spoke on his work with Eric B., then Dr. Dre afterward, his book, and more.

More in Hip Hop News
6ix9ine plans to reject the witness protection program when he is released from prison
Diddy posts Ciroc ad with Cassie, just one day after she announces she and Alex Fine are married [VIDEO]