Home » Hip Hop News » Ralo Gets Support From Former Georgia House Representative, Kwanza Hall, as He Sends Letter To Joe Biden Asking For Ralo To Be Pardoned of 2018 Drug Case 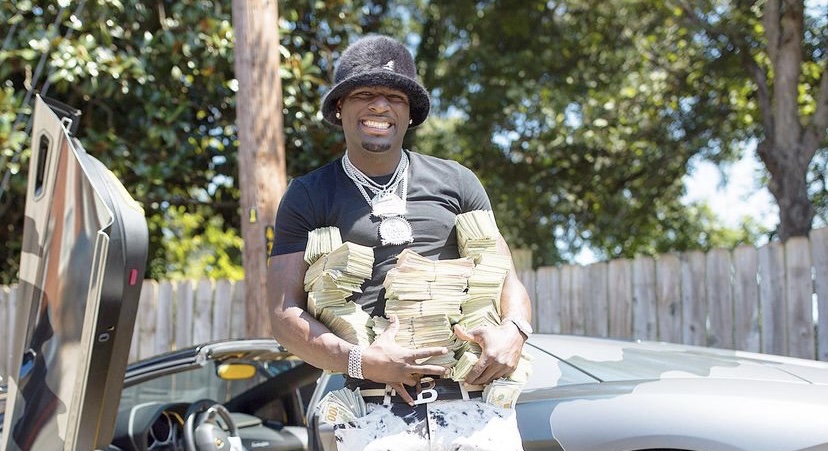 Ralo has remained incarcerated since April 2018 after being caught with $1 million worth of marijuana on a private jet. His team has been making the push to try to get freed but have had various setbacks. The Atlanta rapper qualified for $250,000 bond last July but that ended up being revoked due to feds finding out that he was selling drugs behind bars.

Ralo also revealed on Instagram that he asked fans to send requests to judge to help him avoid an eight-year sentence and instead, to get five so and credit for time served so he can possibly get out sometime in 2021. Earlier this year, Ralo’s team was able to get paperwork on President Joe Biden’s desk regarding clemency but there has been no update from the White House since then.

Now, a former House of Representatives member from Georgia has Ralo’s back. This is Kwanza Hall, a Democrat from Atlanta. He penned a letter to Biden asking for clemency for Ralo, according to Complex. He believes that the rapper should have his records of marijuana charges removed and how he can also work with other justice reform advocates.

“[Ralo] has pleaded guilty, accepted reasonability and is currently awaiting sentencing As a long-time advocate for racial equality and justice reform, I truly believe that it is long past time to end the war on drugs, particularly with regard to marijuana.” During your campaign, you promised to decriminalize marijuana, release those who are still in prison for marijuana-related offenses and expunge the records of those with felony marijuana convictions so that they may go on to live meaningful lives,” he continued. “… [Ralo] is very influential amongst young people throughout the nation and can be a very strong force for good working with myself and other justice reform advocates.”

Ralo also took to Instagram to reveal that they sent Hall their letter along with to the Biden administration. They are seeking his immediate release and pardon of this case.

More in Hip Hop News
Trey Songz Reportedly Got Into Argument With Woman, and Hit Her Hand With His Car, While Leaving The Scene
DJ Khaled’s “Khaled Khaled” Officially Becomes Number One Album in US on Billboard 200 Chart