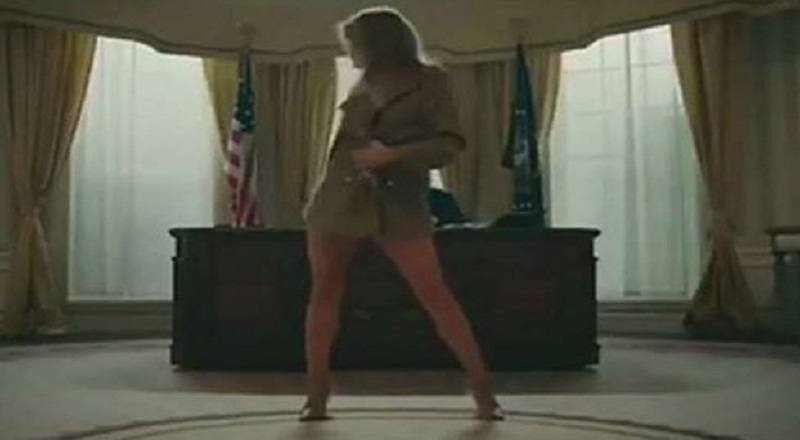 T.I. released the teaser with the caption “Dear 45, I Ain’t Kanye”.

The video begins with a newscaster reporting that “Melania did not attend Mar-a-logo with The President this weekend, which has a lot of people wondering.” About 10 seconds after the announcement we see T.I. in the Oval Office receiving a tease from the Melania look alike.

Melania’s spokeswomen Stephanie Grisham is calling for a boycott of the video. From the looks of it, we don’t think this is going to happen.

More in Hip Hop News
OVO 40 gets dragged on Twitter, after Pusha T reveals to Joe Budden that it was him, not Kanye West, that gave him the info about Drake having a son, indirectly (FULL INTERVIEW INCLUDED) #JoeBuddenPodcast [AUDIO]
Tru Life ft. Velous – “Cause I Can” [VIDEO]