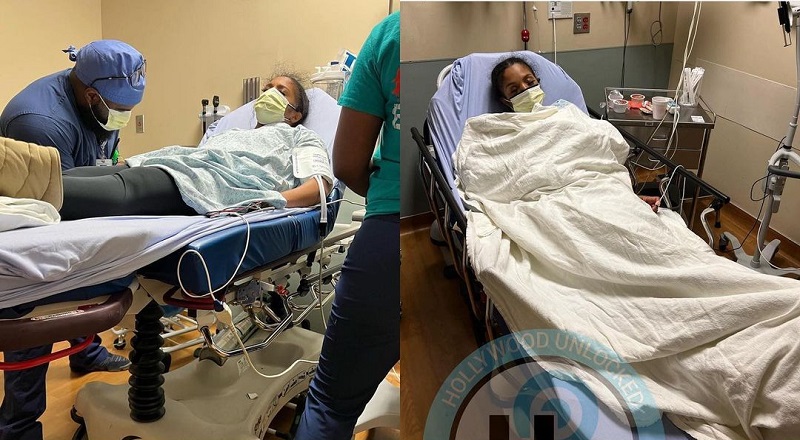 Rasheeda reveals she was in the hospital for dehydration

In 2001, Rasheeda began her music career. She emerged at a time when Atlanta talent was beginning to burst onto the scene. However, Rasheeda didn’t have the commercial success of her counterparts. Ultimately, that might have been best for her.

Rasheeda continued making her appearances on regional hip hop hits. Aside from that, Rasheeda became a fixture in music videos. In the mid 2000s, Rasheeda made cameos in such music videos as “Goodies,” by Ciara, and Usher’s 2004 classic single, “Yeah.”

The year of 2012 saw Rasheeda truly introduce herself on the big stage. That summer, “Love & Hip Hop Atlanta” began, introducing Rasheeda and Kirk Frost, her husband, to the masses. Along with introducing them, their dysfunctional marriage became one of the focal points of the show. During the earlier seasons, the show’s seasons revolved around Kirk ruining the marriage, followed by him fighting to win Rasheeda back.

Later years have seen Rasheeda and Kirk focus on their business ventures. Along with that, they are managing their family. The stress got to Rasheeda, as she wound up in the hospital. She shared photos of herself in the ER. Rasheeda cited stress and dehydration as what put her in the hospital.

Rasheeda reveals she was in the hospital for dehydration

More in Hip Hop News
Young Thug wants to help Africans in Ukraine, who are struggling to leave the country, in the middle of war with Russia, Calls on other rappers to help
Tamar Braxton posts thirst trap and will do so every day until her 45th birthday