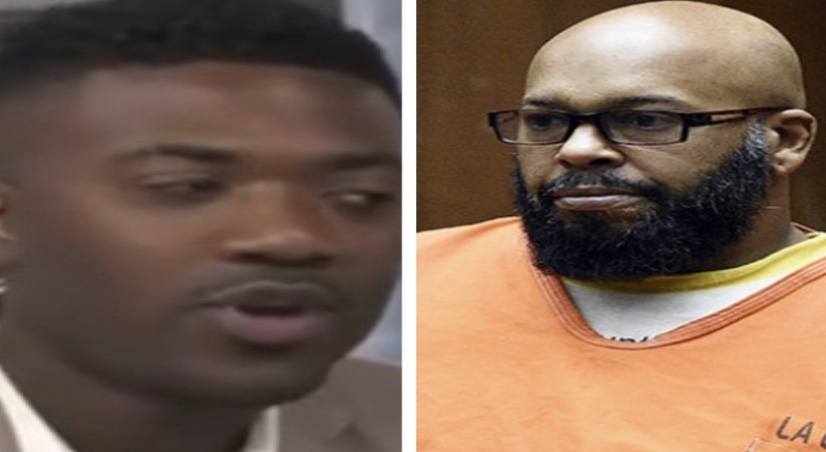 Ray J was recently put in charge of Suge Knight’s life rights as he’s been very close with the former Death Row Records CEO for years. Suge is currently servicing a 28-year prison sentence for manslaughter after running over Terry Carter on the set of ‘Straight Outta Compton.’ He was sentenced in October of 2018.

Now, Ray is taking a huge initiative in trying to get Suge home sooner than the scheduled 28 years. According to The Daily Mail, he is contacting the Trump Administration to try to get Suge pardoned. He’s seeing what his ex-girlfriend, Kim Kardashian, has been doing with Trump and thinks he can get the same success in working on prison reform.

Ray wants to meet Trump at the White House but the administration wants him to join them at campaign rallies and endorse him. Doing that would definitely hurt Ray’s image with the public by supporting a white supremacist president. He was invited by Trump recently though to fly on Air Force One to Lake Charles, Louisiana or Dallas but scheduling conflicts were an issue.

“The people around Ray J keep telling him that the fallout with African Americans for meeting with Trump could be catastrophic to his career. Especially if he shows up at a political rally,” said a source close to The Daily Mail. “Ray J feels as though because he’s doing this for Suge, all will be forgiven and the streets will respect him for his effort. If he can get Suge out of prison, he feels folks will respect him as a true mogul who can get things done no matter the political affiliation.”

In the end, Ray is being put in a very tough position. Of course he wants to help his friend but supporting Trump would be career suicide. Siding with a president who is the epitome of racism, sexism, islamophobia, and xenophobia is never acceptable. Leading up to this, Ray has been finding success in the cannabis industry along with the revenue coming in from his Scoot-E-Bikes.

More in Articles
Should Kanye Just Stick to Fashion from Here on Out?
Pilar Sanders flaunts her engagement ring, confirming rumors of her and J. Prince getting engaged [PHOTOS]