Home » Hip Hop News » Ray J and Pleasure P allegedly got into a fight at #Verzuz, when the cameras were off 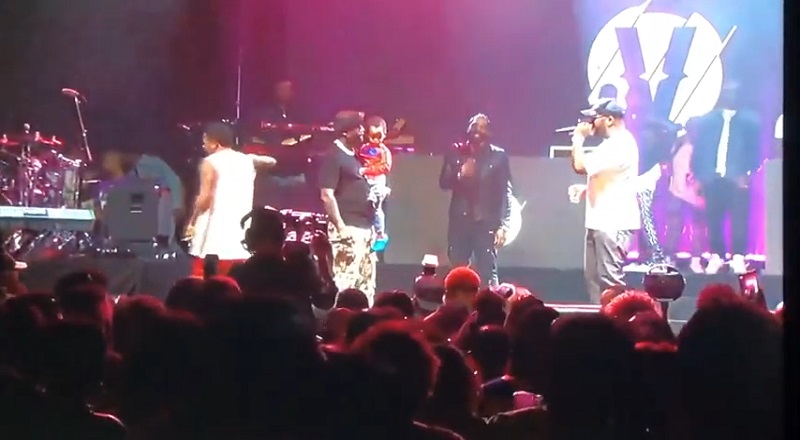 Ray J is one of the most interesting figures in the game. A lot of people write Ray J off, due to him being Brandy’s brother. During the “Moesha” era, Ray J made cameos on the show. In later years, Ray J came back and played a regular role on the show.

Ray J took the momentum from “Moesha” to launch his second album. With “Wait A Minute,” Ray J had one of the biggest hits of summer 2001. Over the years, Ray J sporadically dropped hit records. In 2005, Ray J dropped “One Wish” and 2008 saw “Sexy Can I.”

Ray J was invited to participate in Omarion and Mario’s Verzuz battle. Tonight, the battle is on, and Ray J was a part of the opening act. A mini Verzuz battle took place between Ray J and Bobby V against Sammie and Pleasure P. Already, Ray J has dealt with Sammie singing “One Wish” and then Bobby V joined him and Pleasure P to sing it. After that, some are saying that Ray J and Pleasure P got into a fight. While there is no footage of it, rumor has it that Ray J got upset when Pleasure P made the DJ cut Ray’s artist to play Lil Baby.