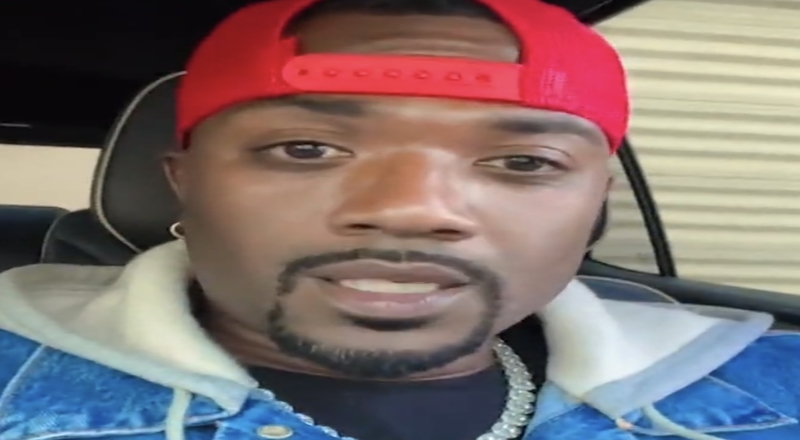 June is Pride Month, as the LGBTQ community worldwide, is celebrating. Many celebrities are also using their platforms to uplift members of the LGBTQ community. One of them is Ray J, who took to Instagram Live on Monday, to shout them out.

Ray also explained how more straight men should show love, to gay men. Ray added that he himself will definitely be one to show respect to them.

“A lot of n-ggas that’s straight they don’t be trying to shout out to the gay community. All my gay n-ggas over here are like ‘wait,’ so I gotta do it because I wanna make sure n-ggas know I’m showing nothing but love.”

Ray also took the time to shout out everyone in the LGBTQ community, in general. He revealed that he has a lot of gay friends, as well. Ray even has business partners, who are gay.

“Listen, I just wanna say that it’s gay pride month. Shout out to all my gay n-ggas. Shout out to everybody in LGBT community. I told my n-ggas that there need to be more straight n-ggas giving love to the gay n-ggas and I hate using the N-word but look it’s serious tho.

Like I got a lot of gay friends and I got a lot of real n-ggas that’s gay and we make a lot of money together but it ain’t just about the money. It’s just n-ggas is cool and that whether you’re a gay female or a gay dude or you a straight dude whatever it don’t matter. But there need to be more straight n-ggas showing love to the community.”

It’s good to see Ray J be this respectful, of the LGBTQ community. Allies of LGBTQ members are also in full force on social media, so far, this month.

Check out Ray J showing love to the LGBTQ community, below.