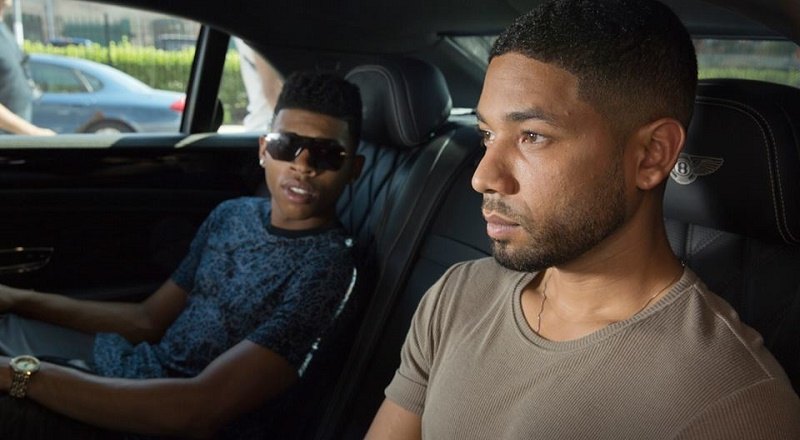 After a strong season two premiere, “Empire” kept the momentum up in the second episode. Picking up where last week left off, Cookie (Taraji P. Henson) decides to really start her own record label. Hakeem (Bryshere Gray), Andre (Trai Byers), and Anika (Grace Gealey) joined her.

Despite being on the same side, Cookie and Anika still cannot find a way to get along. But, they did manage to snake V (V. Bozeman) and Tiana (Serayah) from Empire. Meanwhile, Hakeem is still having trouble being accepted as his own man from Cookie and Andre.

Under the new label, Hakeem has visions of creating a girl group with three members, one black, one Hispanic, and one white. A good business move for Hakeem, Lucious (Terrence Howard) orders Jamal (Jussie Smollett) to bring him back to Empire during their prison visit. Jamal does the best he can, immediately running down on Hakeem at his new label.

Last night’s episode was big for North Carolina, as the homie, Petey Pablo, showed up as one of Lucious’ friends in prison, featured on his new song, “Snitch Bitch.” The episode was also big for Ludacris, but he showed up as someone definitely not Lucious’ friend. Torturing Lucious throughout the episode, Ludacris’ Officer McKnight met a fate similar, yet more brutal, than Frank Gathers (Chris Rock) in the season premiere.

While Cookie was happy to be building her own company, much like she did with Empire, twenty years prior, the pressures were getting to Hakeem and Andre. Butting heads over how to build the label, Hakeem holds an audition for girl group members and Becky G’s character was a winner, having sex with Hakeem in his home. But, Rhonda (Kaitlin Doubleday) visits Jamal to tell him Andre is having a tough time at the new label.

Hakeem appeared to be ready to rejoin Jamal at Empire after a couple of friendly meetings, but he opted to stay on the opposition and leak his album online, as opposed to Jamal “burying” it. Once he revealed this to Cookie and Andre, Andre had a complete breakdown. Talking to Cookie, Andre then confessed he wasn’t used to working under these (hood) types of conditions and wanted to go back to Empire.

Frustrated at being betrayed and still in prison, Lucious wrote a new track to get his mind off things. Early in the episode, Lucious freestyled the track with Clyde (Petey Pablo), before Officer McKnight interrupted. Later in the episode, Jamal hooks Lucious up with recording equipment and one of the prison guards gave him an empty room to record in and “Snitch Bitch” was recorded, released, and became a big hit for Lucious, behind bars.

Lucious and Clyde get sent to the box for their actions, but things are looking up for him. During Jamal’s visit to Lucious in prison, a lawyer visiting another inmate offered his help to the senior Lyon. In the end, it was a good situation for Lucious, as Andre visited him and apologized for wrong him and asked for his Empire position back, which was met with a hilariously cold response from Lucious.

However, Lucious’ fortunes would change when the lawyer came in, at the last minute, and got him released on bail, sending Attorney Ford (Tyra Ferrell) into a tailspin.