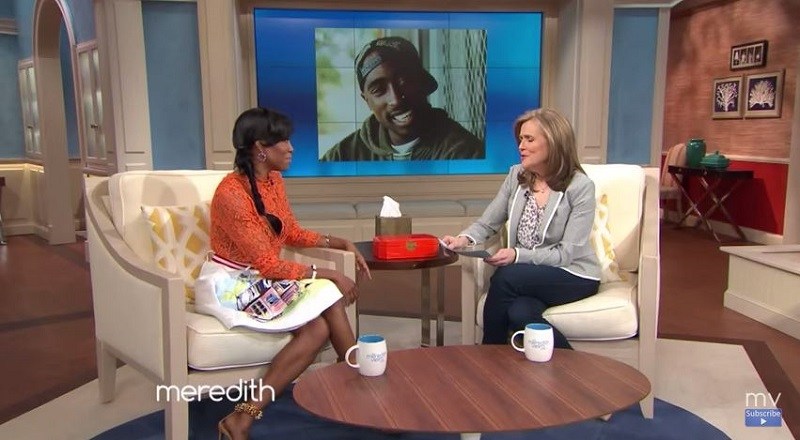 Because of how he lived and died, Tupac is still the most-recognizable rapper in the game. It’s going on nineteen years since Tupac died and the hip hop world seems to finally be moving on. When he was alive, Tupac was ahead of his time.

Tupac won the mainstream world over when he played in Poetic Justice opposite Janet Jackson. This film and the concept behind it was revisited by Kendrick Lamar in 2012. The movie had a big impact on everyone, including co-star, Regina King.

Recently, Regina King sat down with Meredith Viera for “The Meredith Viera Show.” There, she talked about being in Poetic Justice and the type of person he was. Regina King described him as a caring and loving man on top of the bad boy persona.