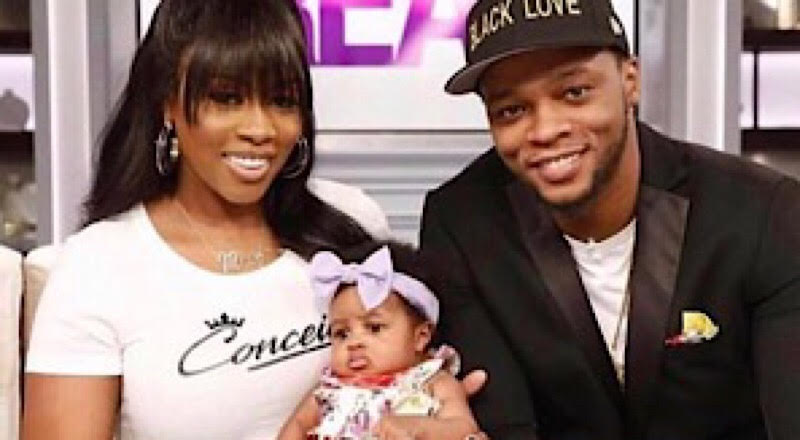 The wait is over! The Golden Child made her television debut on The Real today! Remy Ma and Papoose introduced their daughter Reminisce Mackenzie Mackie to the world and explained their daughter’s name choice, the excitement of Baby Mackie’s tv debut and more.

Remy, real name Reminisce Smith, says she named her child after her own self because “everybody always named their sons after their dads [but] i just feel like we need another Remy in the world.”

Rem and Pap brought the Golden Child for her first ever tv talk show appearance matching her mama. She came prepared with accessories from the head band to the golden shoes, down to the little purse! That might be where they keep her pacifier.

Check out the clip below:

A post shared by The Real Talk Show (@therealdaytime)

More in Hip Hop News
Mel B vs. Lala Anthony on “Drop The Mic” has taken over Twitter, as fans describe their battle as “tense” and “intense,” but say Mel B deserved that win over Lala, for her Melo diss #DropTheMic #DropTheMicTNT [VIDEO]
2 Chainz releases “Rap or Go to the League” track listing, featuring appearances from Kendrick Lamar, Ariana Grande, Travis Scott, and more [PHOTO]