Home » Hip Hop News » Remy Ma and Papoose get all the #LHHNY love, with fans calling them “goals,” love for their child, and here for their second child, but her makeup … #LHHNYReunion 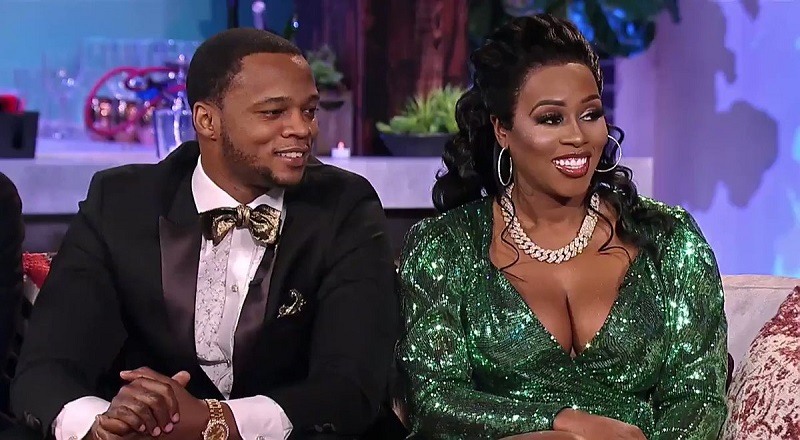 Because they manage to stay out of the drama, Remy Ma and Papoose have been fan favorites, by default. Since coming out of prison, Remy Ma has been on a roll, starting with joining the “Love & Hip Hop” cast. It has been four years that have gone by very fast.

The platform has allowed Remy Ma and Papoose to promote their “black love” to the masses. Their love has led to them even having a spin-off being teased. In the three episodes, “Meet The Mackies” was a success, leaving fans wanting more.

During the reunion, fans pointed out how everybody backed off Safaree once Remy Ma spoke up for him. Immediately, Yandy and Juju also spoke up for him and Erica. The fans on Twitter caught that, giving Remy and Pap love for everything, but that makeup had them all with question marks.

Read the tweets about Remy Ma and Papoose below:

More in Hip Hop News
Joe Budden is being roasted by #LHHNY fans on Twitter for turning up on Safaree, with fans agreeing that he did it for TV, blasting him for not keeping the same energy with Migos
Boxer, Gervonta Davis, Put on Blast by His Baby Mama For Calling Her at 5:30 am; Just 2 Hours After He Was With His GF, Ari [VIDEO and TEXTS]