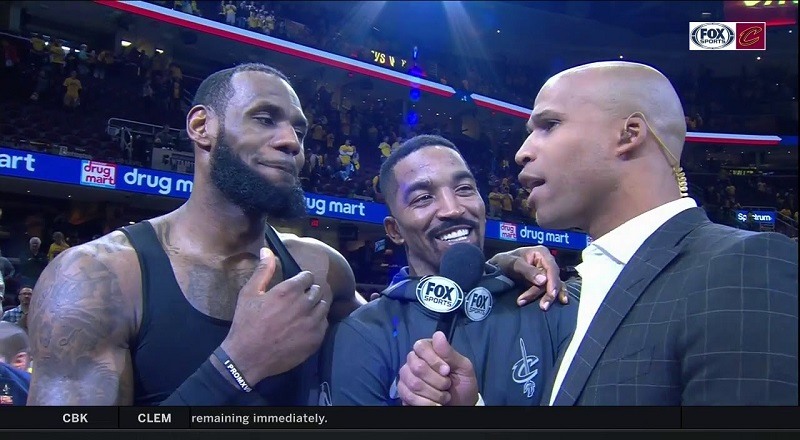 Look, don’t ask Richard Jefferson any questions about LeBron James, anymore, LOL. This man is serious about that, even though he got his ring with LeBron. By 2016, most people forgot about Richard Jefferson, but he came up big in the NBA Finals, that year.

By the 2018 NBA Finals, Richard Jefferson finally got his chance to retire and was doing the broadcasting thing. Ironically, Richard Jefferson retired, while Vince Carter, his former teammate, still plays, and he was a veteran, back then. Different strokes, apparently.

Anyway, Richard Jefferson posted on Snapchat, this afternoon, and he hilariously went in. To be clear, this is all jokes, nothing serious, but RJ went on a rant about LeBron’s free agency. Letting it be known that he lives in LA, he said he didn’t know where LBJ was going, and then flipped Channing Frye off.

More in Hip Hop News
Lil Yachty got hacked on Twitter and the hacker is threatening 6ix9ine and Chief Keef, asking for 15,000 retweets to leak music, and accusing Yachty of DM-ing 15-year-old girls, promising to post DMs [PHOTO]
XXXTentacion’s alleged second killer is wanted for questioning, and his name and photo have been revealed, Robert Allen, 22 years old [PHOTO]