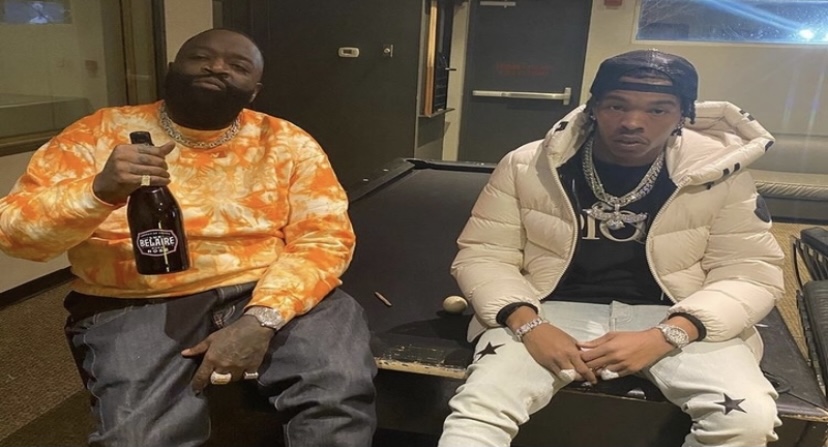 Lil Baby and Rick Ross are two of some of the hottest stars in hip-hop but still haven’t collaborated yet. This looks like that has now changed as Ross posted photos to his Instagram of him at the studio with the Quality Control Music rapper.

Ross has worked with every one of the biggest names in hip-hop and adding Baby to the list was bound to happen. This comes after Baby arguably had the best 2020 out of any rapper.

Baby released his sophomore album, ‘My Turn,’ in February which debuted at No. 1 on the Billboard 200 chart. It also contained hits such as “Woah,” “Sum 2 Prove,” “Emotionally Scarred,” and “We Paid” feat. 42 Dugg.

Ross’ last project was ‘Port of Miami 2’ last August, which served as the sequel to his 2006 debut studio album. This August, he participated in a Verzuz with 2 Chainz as it came with some very entertaining  moments such as Chainz bringing strippers out and Ross getting a massage.

More in Hip Hop News
Taraji P. Henson Battled Idea of Suicide After Pandemic Started [VIDEO]
Foogiano, Gucci Mane’s artist, reportedly burned off his ankle monitor, and is now on the run, as monitor was found on the side of Georgia highway