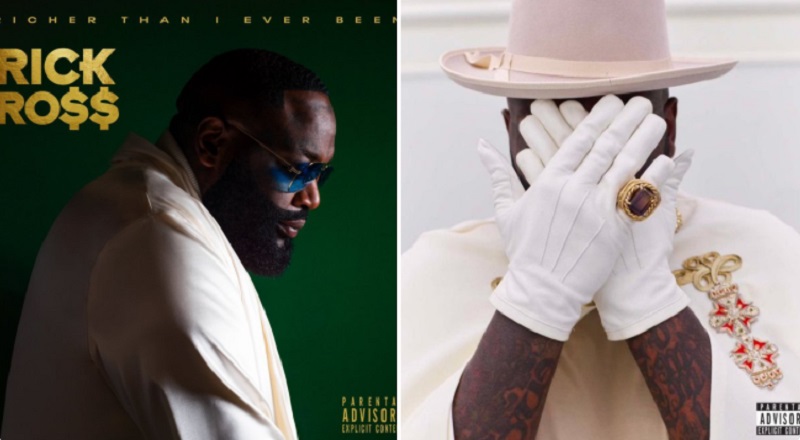 For some time, Rick Ross has been promoting his new album. The title is Richer Than I Ever Been and the landscape is different, this time. No longer is Ross the biggest boss in rap, there’s a whole new generation, now.

In 2011, Rick Ross defied incredible odds, and emerged as the hottest rapper in the game. From 2012 through 2014, he remained top five in popularity. Recent years have seen his popularity fade in favor of newer artists.

Rick Ross has been promoting Richer Than I Ever Been, but has been teased. The original album cover, on the right, led to Ross being clowned. After fans said he looks like Saucy Santana, Ross changed the album cover to the one on the left.

Continue Reading
You may also like...
Related Topics:featured, richer than i ever been, rick ross, saucy santana