Home » Hip Hop News » Rick Ross decides to cut his backyard trees down, on his own, after not wanting to pay $10,000 for someone else to cut them [VIDEO] 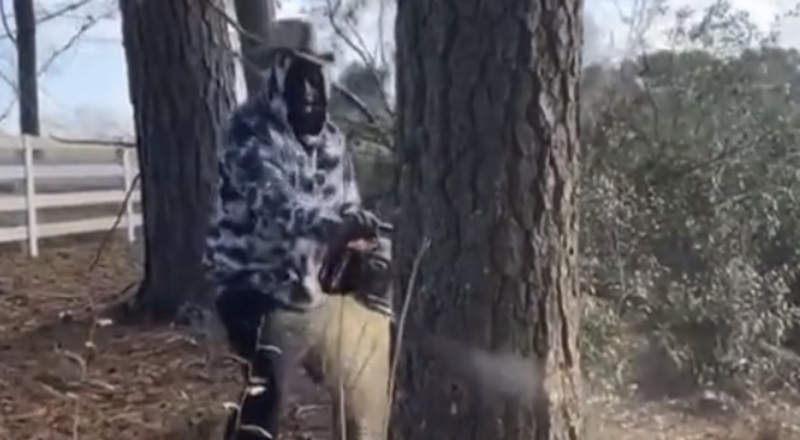 Rick Ross cuts down his own trees in his yard

Rick Ross frequently shows fans what he brings into his luxurious home, on Instagram. He recently showed off a large bull that he purchased, and brought into his large piece of land. Now, the Miami legend is showing off himself cutting down some large trees, on his property.

Ross revealed that it would cost $10,000 to get others to cut these trees down, so he decided to take care of business, by himself. Ross took to his IG stories to reveal that he got his friend to purchase $2,000 worth of chainsaws for him, and Ross was soon seen cutting the trees down.

In December, Ross also released his eleventh studio album, Richer Than I Ever Been. This project was led by singles such as “Outlawz,” featuring Jazmine Sullivan and 21 Savage, and “Little Havana,” featuring Willie Falcon and The Dream. Additional appearances included Benny The Butcher, Wale, Future, and more.

Rick Ross cuts down his own trees in his yard