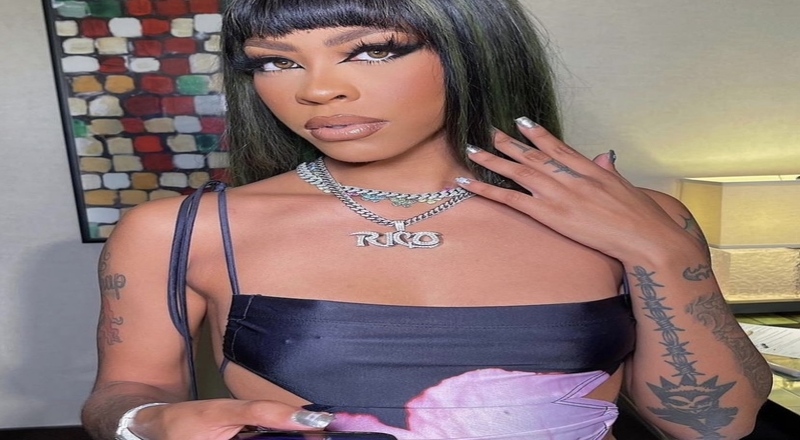 Pete Davidson has been a popular trending topic on social media, over the last several months. This is due to the “Saturday Night Live” star dating Kim Kardashian. The two have been spotted on plenty of public dates, including in Beverly Hills and Davidson’s hometown of Staten Island over the past week.

Davidson is so no stranger to dating superstar women, as he was also with Ariana Grande in the past. Now, rumors have circulated that Rico Nasty claimed that Davidson is her celebrity crush.

On Thursday night, Rico took to her Twitter feed to deny this rumor. She quote tweeted over a graphic about the quote, where she asked “Who even made this?” Many fans were relieved to know that she denied her being into Davidson.

Rico has also been a hot topic this fall, after she opened up for Playboi Carti’s tour. Fans of Carti’s booed her, as they received a lot of backlash for this online. Rico went on to call these fans out, by labeling them “weak ass little white boys.”

More in Hip Hop News
Adele’s “30” album to remain at number one on Billboard 200 chart for fifth consecutive week
Nas confirms “King’s Disease 3” album is on the way, on new “Magic” album