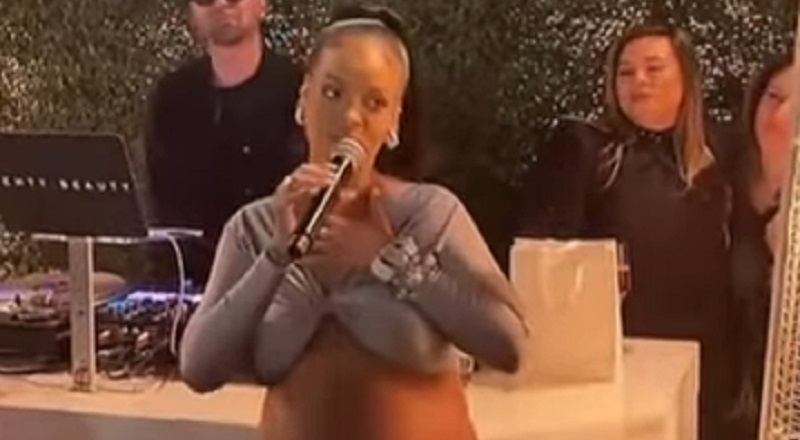 Rihanna was confronted by paparazzi, last night, and she asked them to stop taking pictures of her. Earlier this year, Rihanna confirmed rumors of her pregnancy. After that, Rihanna and A$AP Rocky welcomed the birth of their first child. As a result, Rihanna is still carrying baby weight, as she just had a baby.

Rihanna built an incredible brand over the past seventeen years. In the grand scheme of things, Rihanna’s journey has been a short period of time. From 2005 until 2012, Rihanna dropped a new album every year. Each album saw Rihanna have at least one single top Billboard Hot 100. After that, Rihanna took a five year hiatus, where she locked in several business deals, before delivering another album.

Rihanna moved into the business world of cosmetics, in 2017. Five years ago, Rihanna launched Fenty Beauty, which encompasses both beauty products and lingerie. As a result, Rihanna has many of the most prominent women on Instagram modeling her work. In addition, Rihanna is still handling her business. Last night, Rihanna and A$AP Rocky were heading to a meeting with her manager. The paparazzi were taking photos of her and Rihanna asked them to stop. Still, the photos of Rihanna went viral, and the fans on Twitter have been making fun of her weight, acting like she didn’t just have a baby.