Home » Hip Hop News » Rihanna causes Twitter uproar and furor, when she trolls fans on Instagram, saying she’s listening to R9, her new album, by herself, and refusing to release it; Sorry, no nudes :( 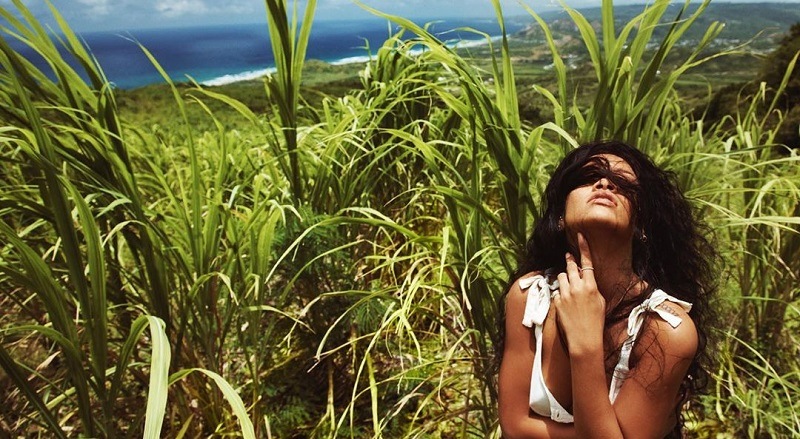 Sorry fellas, there are no nudes from Rihanna, but she is Twitter’s top trending topic. Instead, this has all to do with Rihanna trolling the world about her new album. Since 2016, fans have eagerly waited for Rihanna to return with a new album.

Like her mentor, Jay-Z, Rihanna made a name for herself releasing a new album every year. Just like with him, fans lulled themselves into believing this trend would never end. Except Rihanna didn’t retire, she ended up not releasing an album for four years.

Following the Jay-Z trajectory, Rihanna immersed herself into the world of business. The young mogul has FENTY Beauty and those record-breaking sales have fans fearful that she will never drop new music. On her Instagram, Rihanna trolled fans, saying she was listening to R9 by herself, refusing to release it, and Twitter is going in.

See Rihanna’s IG post and read the tweets below:

More in Hip Hop News
Solo Lucci’s full sextape has leaked to the internet and it began as an interview, turning into much more #LHHH
State of New York Gives $3.5 Million Grant To Build First Official Hip-Hop Museum in The Bronx Dedicated To The Genre and Culture That Aims To Open in 2023; Receives Backing From Nas, LL Cool J, Microsoft, and MIT