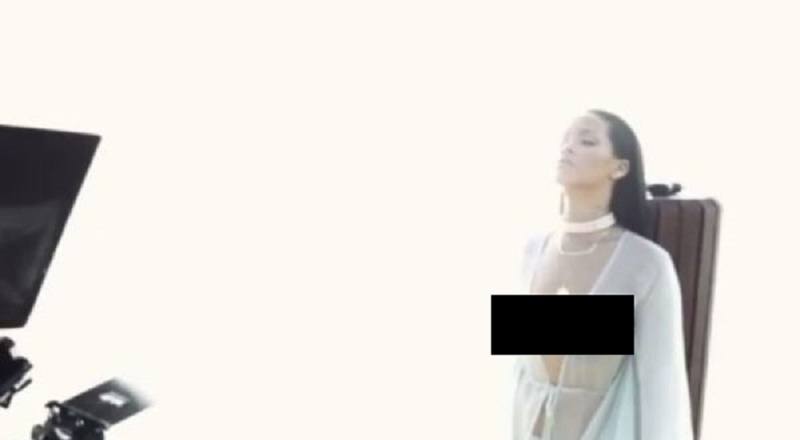 People had a lot to say about Cardi B and her 2017. Definitely, she had a breakout year, but Rihanna also won big, last year. The famed singer tried her hand in the cosmetics industry and the gamble paid off, as she had the highest profits in history, with FENTY Beauty.

Rihanna rose to fame, in 2005, with “Pon de Replay,” and the record landed her a deal with Def Jam. This led to Rihanna and Jay-Z forming quite the partnership. Years after Jay-Z left the label, Rihanna left to rejoin him at Roc Nation.

Earlier this week, Kim Kardashian did a photoshoot, showing off her and all that body. Now, Rihanna is making her play for doing the same thing. She borrowed elements of the idea for her own nude photoshoot, by the beach.

More in Hip Hop News
Joseline Hernandez – “Hate Me Now” (K. Michelle diss) #LHHATL [VIDEO]
6ix9ine stage dives into the crowd and the people form a hole that he falls right through, nobody caught him [VIDEO]