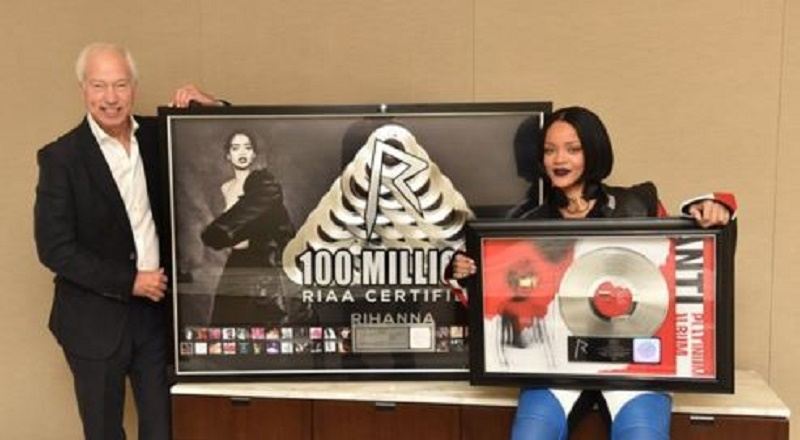 During the summer of 2005, Rihanna made her Def Jam debut and immediately changed the game. Under the direct tutelage of Jay Z, she became the biggest name in pop music. Every year from 2005 until 2012, Rihanna put out a new album or compilation.

However, Rihanna left Def Jam following her 2012 album release and refrained from releasing a new album. In 2014, Rihanna joined Roc Nation and rumors began of her releasing two albums to make up for lost time. It would not be until 2016 that Rihanna returned.

Representing both Roc Nation and TIDAL, Rihanna released ANTI, following a leak. With her album, Rihanna formed a partnership with Samsung. Now, she is making RIAA history with 100 million song awards in her eleven year career.