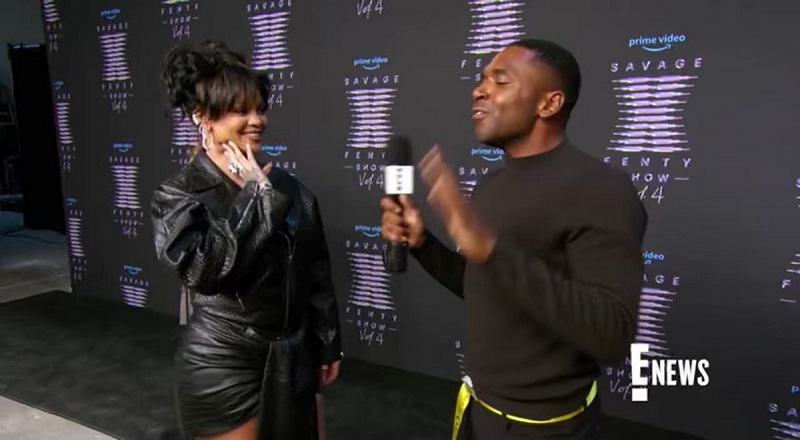 Rihanna had her latest Savage X Fenty fashion show last week, and went on to speak with Justin Sylvester of E! News about it, in an episode that aired on November 14. She was asked who she’d really like to see walk in one of her fashion shows, it was no surprise.

Rihanna revealed that she’d want Beyoncé to appear in one of the Savage X Fenty runways. Rih praised Bey’s looks, and how amazing that scene would be.

“Beyoncé,” Rihanna replied. I mean, Beyoncé got body. That would just trump everything for me.”

The November 9 fashion show included names such as Taraji P. Henson and Sheryl Lee Ralph. Rihanna’s success of Savage X Fenty went on to propel her to certified billionaire status, this past summer. That also made her the youngest self-made billionaire woman in the US.

Continue Reading
You may also like...
Related Topics:beyonce, featured, rihanna