Home » Hip Hop News » Rihanna spotted having dinner with A$AP Rocky in London, by a fan, who shares the video on Twitter [VIDEO] 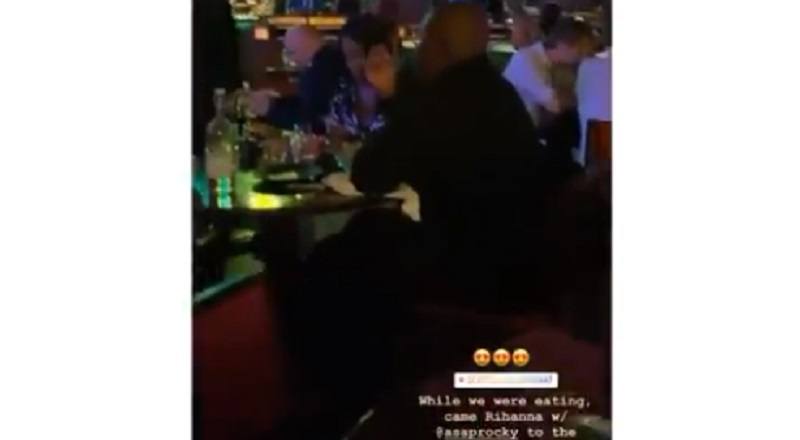 For the past few weeks, there have been rumors of Rihanna dating rapper, A$AP Rocky. Though he has dominated the internet for nearly seven years, Rocky hasn’t had much mainstream success. Back in 2012-2013, he had the huge hit, “F*cking Problems.”

Since 2013, A$AP Rocky has failed to return with another radio hit, despite his viral success. Instead, A$AP Ferg has had the most mainstream success, out of the A$AP Mob. But, Rocky is still the best-known member of the crew.

Definitely, his profile is going to raise, on the mainstream level, if there is something to his time with Rihanna. Already, the two have faced rumors of being together. These rumors have persisted, with a fan claiming she saw them having dinner in London, with the below video as her proof.

The bottom says "while we were eating, came Rihanna w/ A$AP Rocky to the restaurant and walked next to me" https://t.co/SR90hhdmVP pic.twitter.com/bnKmDhPwji

More in Hip Hop News
Melanie Martinez – “Strawberry Shortcake” [VIDEO]
Kakey has a major crush on Lil Tjay, saying she wants to perform oral sex on him, in DMs with @jew.liana [PHOTO]