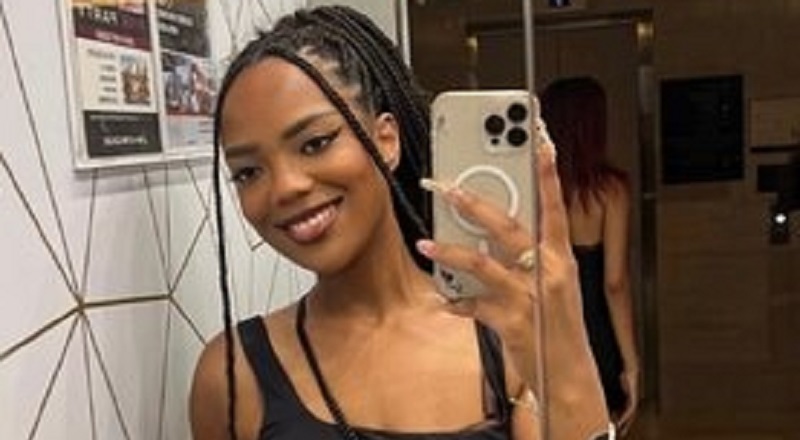 Riley Burruss’ IG photo has fans thinking she is pregnant

Riley Burruss is not actually pregnant, first off. Second, what is more shocking about Riley is how slim she looks in the photo, as opposed to her stomach. Finally, Riley appears to be going through normal bodily changes, regarding how her stomach looks.

Riley Burruss is the daughter of Kandi Burruss. As a result, Riley grew up on camera. When Riley was only seven years old, Kandi joined “The Real Housewives of Atlanta.” During this time, Riley dealt with Kandi getting married, and dealt with issues with her own father.

Riley Burruss shared the above photo on her IG Story. After that, Riley got people talking. Not only does Riley look dramatically different, her stomach looks a lot like a baby bump. It does not help matters that Riley is touching her stomach. However, a closer look at the photo shows the mirror is actually making Riley’s stomach look bigger. In addition, there are people who are commenting on TikTok confirming that Riley is not expecting. However, if Riley were to be going through a pregnancy, Kandi becoming a grandmother would be a huge storyline for “The Real Housewives of Atlanta.”

Riley Burruss’ IG photo has fans thinking she is pregnant

More in Hip Hop News
Asian Doll speaks on recently fighting woman who tried to take her chain; Says she banged the woman’s head on a car, and kicked her [VIDEO]
Megan Thee Stallion earns her fifth straight top 10 project since 2019, on Billboard 200 chart, with “Traumazine”