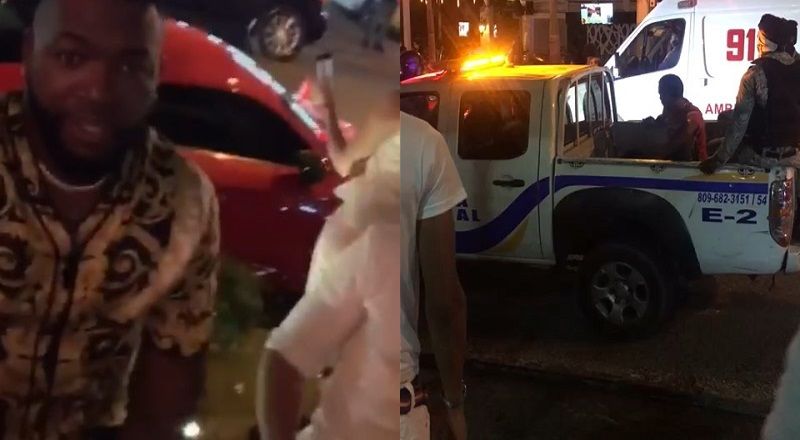 In 2004, David Ortiz put in the work, and made Big Papi a household name. Back then, Ortiz led the Boston Red Sox to sports history, when they came back from 0-3 to beat the New York Yankees in the World Series. By 2011, David Ortiz retired, to enjoy the high life.

David Ortiz became a huge pop culture figure, getting a huge shout out from Drake, in “Moment 4 Life.” The Dominican Republic native was back in his home country, tonight. Partying, some intruders spoiled things, bringing guns, and firing.

Allegedly trying to rob, David Ortiz wound up shot in the leg. The MLB star was rushed to the hospital, and there is video footage both of him partying, and 911 showing up to help him. On Twitter, though, people are tweeting “RIP David Ortiz,” but he’s still alive, and there have been no reports on what his condition even is.

Read the tweets about David Ortiz below:

More in Hip Hop News
Yung Miami gets people talking, with her latest video, as pregnancy rumors reignite, as her tight dress grips what fans think is a baby bump [VIDEO]
Alleged shooter of David Ortiz gets brutally beaten [VIDEO]