Home » Hip Hop News » RIP Smoke Dawg, rapper gets killed, with brains splattered over the pavement; Twitter reacts to yet another rapper’s death to gun violence and the people of Toronto say they have to do better #RIPSmokeDawg 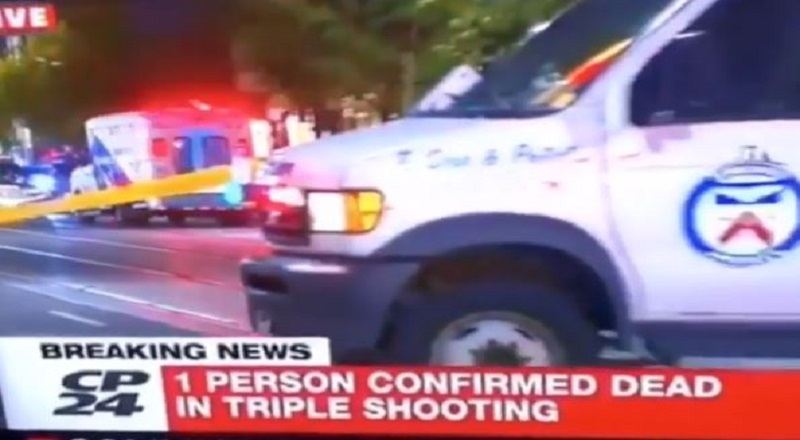 Just as soon as Jimmy Wopo and XXXTentacion were laid to rest, another rapper is dead. Death is death and it’s horrible when anyone dies, especially when they’re young. But, at the very least, the deaths of X and Jimmy Wopo didn’t show their actual blood.

Unfortunately, the same cannot be said for Smoke Dawg, who was making a huge name for himself. Representing Toronto, he is one of many rappers coming up. Well, make that was, after he becomes the latest rapper to become a victim of gun violence.

Smoke Dawg was shot and killed in another senseless shooting. The fans on Twitter are upset and people, in general, are upset, due to all of the gun violence. Toronto natives have taken to Twitter to express disappointment in the gun violence, asking for change.

Watch the news broadcast below:

Watch the video of Smoke Dawg laying on the ground here.

Read the tweets about Smoke Dawg below: