Home » Hip Hop News » Rob Kardashian and Blac Chyna are fighting again and he has leaked several nude photos of her, photos of her new man, and text messages via his Instagram [PHOTOS + VIDEOS] 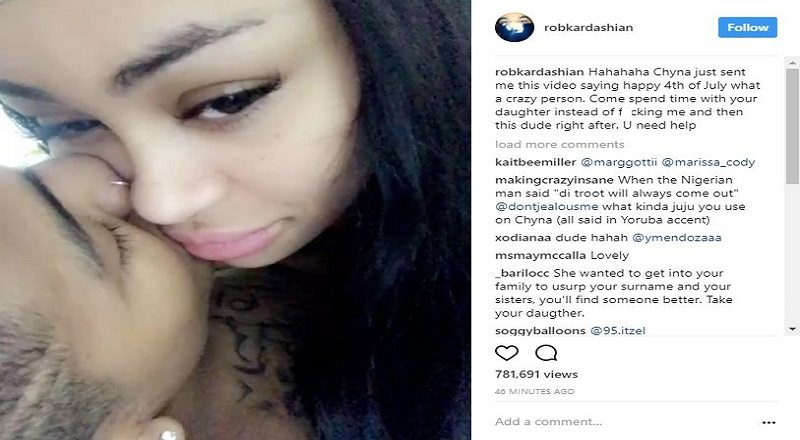 By now, the world should know Robert Kardashian, Jr. has absolutely no chill. Even as his role on “Keeping Up with the Kardashians” was relatively small, Rob was known for his girl problems. Often, this man was unafraid to go at the women, or their new men.

Because of this, and his status with the family, it came as a shock when it was revealed Blac Chyna was dating him. This came on the heels of her and Tyga’s breakup, followed by him dating Kylie Jenner. So, when the Blac Chyna/Rob situation began, it was highly confusing.

What isn’t confusing is that Rob and Chyna are just as dysfunctional as it seems they should be. This morning, Rob accused Blac Chyna of sending him this video of her with that guy right after she just slept with him. Then, he has posted several pics of her nude, photos of the new guy, and nude pics, which are all available here.