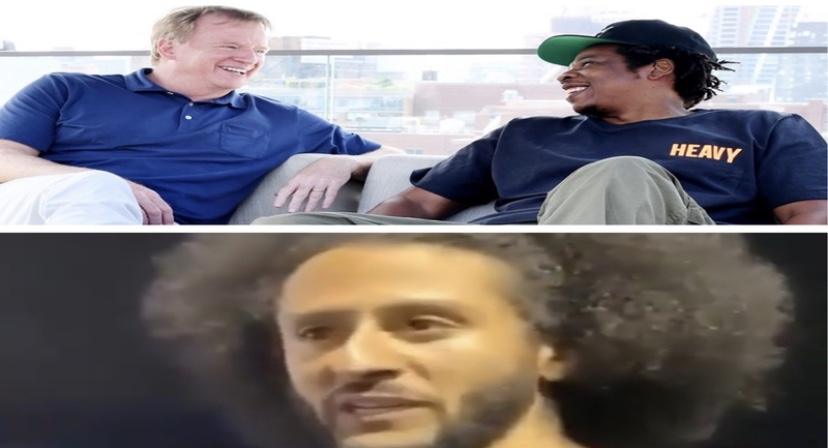 Yesterday, it was reported by TMZ that Jay Z was disappointed in Colin Kaepernick holding his own workout at a high school in the Atlanta area as opposed to the NFL workout at the Atlanta Falcons’ facility in Flowery Branch, GA. He supposedly thought it was a publicity stunt. Kaepernick did this due to the league waiving rights of his at their workout along with them not allowing media at his workout. The NFL doing that would’ve had their own narrative and video of why they still would’ve want Kaepernick in the league.

At Kaepernick’s workout, eight teams reportedly showed up. Despite the number dropping from 24, scouts believe that he he still has an elite arm. As far as Jay’s publicity stunt comment, his Roc Nation label is now denying that claim. They posted a tweet stating that Jay hasn’t spoken to any sources about Kaepernick.

As many remember, Jay and Roc Nation partnered with the NFL this summer to work on entertainment events along with social justice issues in communities. This drew a lot of backlash as many people felt that he turned his back on Kaepernick. As far as denying that he said he thought the workout was a publicity stunt, Jay needs to speak on it soon since he was supposedly involved in setting up the NFL workout for Kaepernick. This will show who’s side he’s really on.

Kaepernick should still be in the league now. He’s better than every backup QB and a good amount of starters too. You shouldn’t be punished for peacefully protesting against racism and police brutality in America.

More in Hip Hop News
Kandi gets dragged for wanting Kayla out of her room, when she has TWO houses on her estate, and Twitter also wants to know why she doesn’t want her in the strip club with her dad #RHOA
Lil Reese is out of the hospital and doing well, showing his surgical scar on his neck on Instagram, not even a week after getting shot [PHOTO]