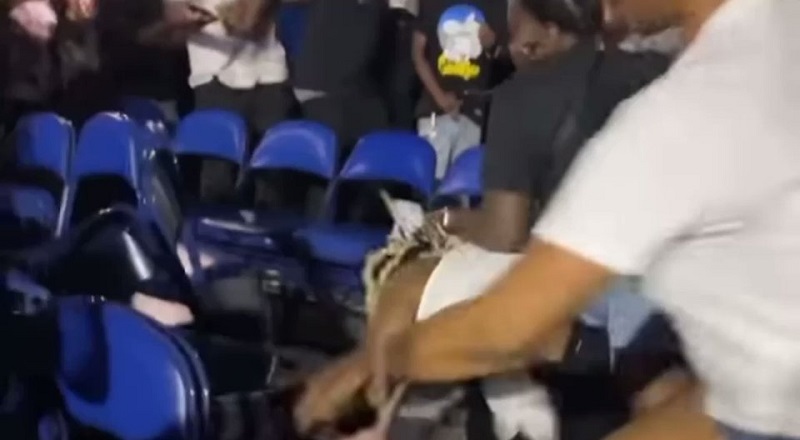 Rod Wave performed in Fayetteville, North Carolina over the weekend. Fayetteville has become a hot spot for rising hip hop talent. Over the past decade, Fayetteville has seen two natives get signed. In addition to those two, the Ville has tons of other rising talents.

Rod Wave came to Crown Coliseum, in Fayetteville, North Carolina. Before Rod Wave got the chance to take the stage, a brawl took place. Currently, there are rappers who are becoming victims of unnecessary violence. The hip hop community, as a whole, has demanded a stop come to the violence. While making these demands, the fans are acting up. Honestly, moments like these make it where people do not even want to put concerts together. Despite the conflict, Rod Wave still performed for Fayetteville.

There was a brawl at the Rod Wave concert and I just……… why? What song did it for you? pic.twitter.com/GsCg8b2dke