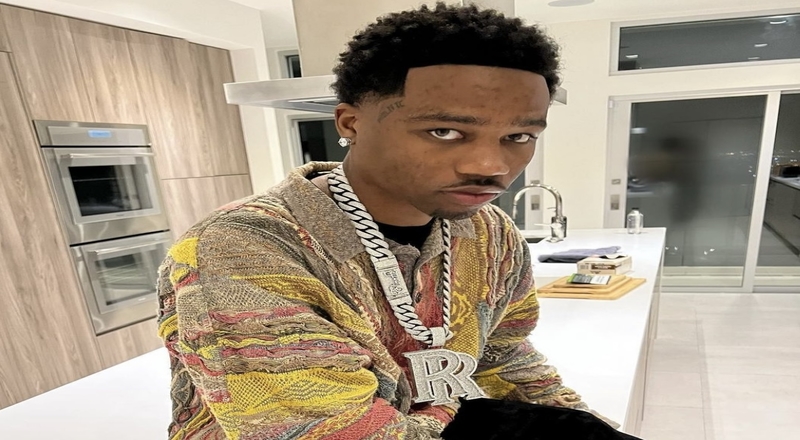 Over the past two years, Roddy Ricch has emerged as one of the biggest stars in hip-hop. Roddy’s massive success broke through in December 2019, after the success of his debut studio album, “Please Excuse Me For Being Antisocial.” This project contained one of the biggest records of the year, in “The Box.” That soon became the number one song in the US, and certified diamond.

Roddy hasn’t released any new singles in 2022 yet, though. He did come through with his sophomore album in December though, which was “Live Life Fast.” That saw a number four debut in the US, as it was led by his “Late At Night” single.

Now, Roddy is hinting at a new project being on the way. He recently took to his Instagram stories, to tease the release of his “Feed Tha Streets 3” album. Roddy did say at the end of 2021, that this project would come in 2022, but didn’t reveal an exact date. In this latest IG post, Roddy said “This s*it sound beautiful. Feed Tha Streets 3.”

Roddy originally created his buzz with his first two Feed Tha Streets mixtapes. The sequel was released back in late 2018. Hopefully, the third installment arrives sometime in 2022, as well. Roddy also appeared on Post Malone’s new “Twelve Carat Toothache” album, on the “Cooped Up” single.

More in Hip Hop News
YSL’s alleged co-founder, Walter Murphy, turns himself in on RICO charges, as he was named in YSL’s indictment
Slim Jxmmi posts texts from his baby mama, Kee, threatening to kill their son