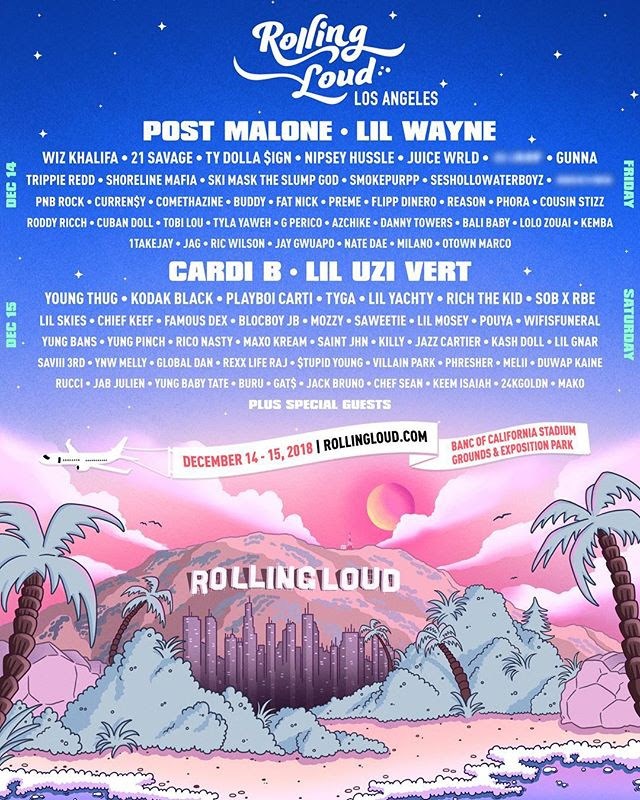 Rolling Loud had much success with their festivals in Miami and the Bay Area this year and now they’re taking their talents to Los Angeles to close out 2018. Fans have been waiting for this lineup to be released for a few months now and now the wait is over.

Rolling Loud took to Twitter to announce that Cardi B, Lil Wayne, Post Malone, & Lil Uzi Vert would be the headliners. There will be other major names included such as 21 Savage, Wiz Khalifa, Ty Dolla $ign, Young Thug, and Kodak Black.

It doesn’t end there as the star-studded lineup over the course of the two-day festival will continue with Gunna, Trippie Redd, Rich The Kid, Kash Doll, Mozzy, Blockboy JB, Playboy Carti, and more.

Check out Rolling Loud’s full lineup for December 14 and 15 at Banc of California Stadium Grounds below.