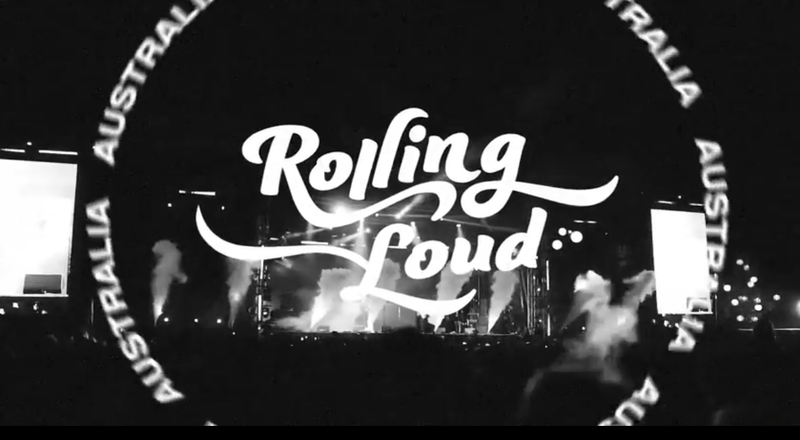 Rolling Loud has been a very successful festival over the past three years as they’ve had events in Miami, the Bay Area, and the newly added Los Angeles lineups that are taking place next month. Now, Rolling Loud will be taking its talents overseas.

The festival will be held in Sydney, Australia on January 27th. The venue will be the Sydney Showgrounds in Olympic Park. Rolling Loud founders Matt Zingler and Tariq Cherif released a video on YouTube detailing the exciting announcement.

“After back to back sell-outs in Miami and Rolling Loud-branded festivals and experiences across the US, we’re thrilled to make our Australian debut,” said Zingler an Cherif in a statement. “Rap music is the most popular and fastest growing genre of music and the world deserves to experience curated lineups of its biggest stars and hottest new talent.”
The festival promised their biggest act ever in Miami next May but it’ll be interesting to see if Australia turns out to be the biggest Rolling Loud festival yet. Headliners will be revealed this week.

Check out the video regarding Rolling Loud’s Australia 2019 announcement below.

Continue Reading
You may also like...
Related Topics:australia, rolling loud

More in Hip Hop News
Kandi and Porsha re-ignite longstanding feud, on Twitter, after Kandi tweets about the toothbrush situation; Porsha responds “still want me to lick your box” and #RHOA fans react
Police In Louisiana Are Looking For A Man Named Paul Wheeler… This Guy Looks Almost Just Like Gucci Mane! [PHOTO]