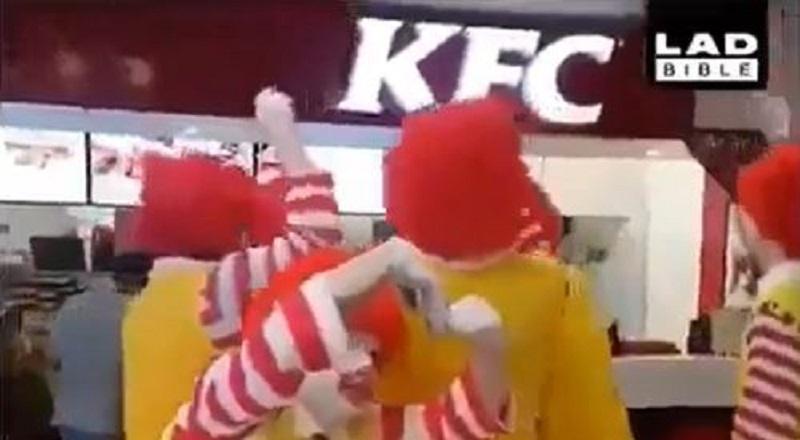 Stranger things may not have happened, as these fast food restaurants have taken beef to new levels. It all started when Wendy’s began making some crazy tweets, a few years ago. Since then, other fast food places have been clapping back.

But, Wendy’s was always the first in the game to jump out the window, so they’ve kept doing that. This week, Wendy’s shut the game down, with their We Beefin‘ EP. Their tape sent jabs at Burger King, but was more directly aimed at McDonald’s.

For whatever reason, McDonald’s is taking aim at KFC, though. A swarm of Ronald McDonald’s rushed a KFC and began talking trash to them. They began chanting “You’re sh*t and you know you are!,” at a mall KFC.