Home » Hip Hop News » Rondo being out allowed the Celtics to blow the Bulls out in Chicago, 104-87, and let them back in the series behind a strong Avery Bradley showing 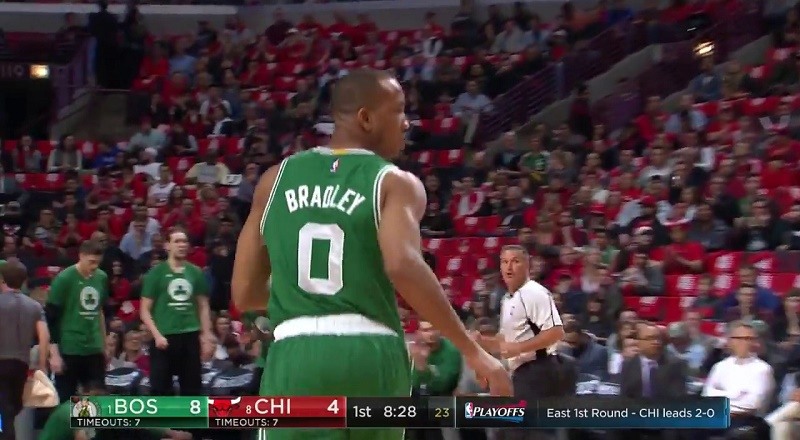 It’s not even up for debate, the Boston Celtics and Chicago Bulls got the most-interesting playoff battle, right now. First, there are the Bulls over here making history, going up 2-0 on the road as an 8 seed, then there are the Celtics on the wrong side of history. Really intense out there.

But, there is the sad undertone with Isaiah Thomas losing his sister right before the playoffs started. There’s no way that isn’t impacting him and isn’t a big reason why the Celtics went down 0-2. Thankfully, for the Celtics’ fans, Rajon Rondo went down.

The irony is that, a few years ago, Rajon Rondo going down would be a Celtics’ fan’s nightmare. In the here and now, Rondo being down and out is a good thing, because the Celtics were due one. Being honest, most basketball fans knew the Celtics would win this one, so it’s a series again, with Avery Bradley and his 3’s making sure of that.

But, the Bulls still got time to pull it back together and close the Celtics out, but it’s looking like Bulls in six, right now.

Watch the full game highlights below: