Home » Hip Hop News » Rose Atkins Sims, a sheriff’s deputy, in Mobile, Alabama, tells a woman she might want to go to Iran to be a female slave, says Muslims hate America and should not be allowed in government, calling them “Satan,” and says “bring back public execution” [PHOTO] 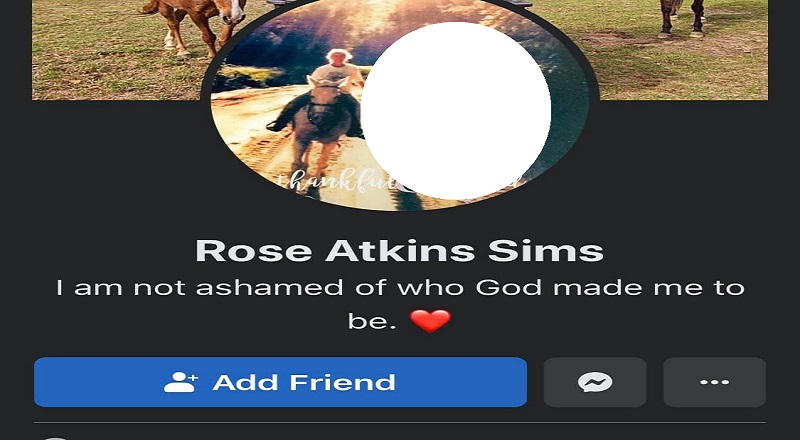 The current climate has people on all sides of the spectrum more confident to tell how they really feel. A disturbing amount of people in authority positions seem to have little to no sympathy for the struggle. In the case of a death, many powerful people simply scoffed at it.

Rose Atkins Sims is a sheriff’s deputy, in Mobile, Alabama. She has an opinion on the things going on and she is not a fan of how things happen to be moving. In a series of Facebook comments, she shared these opinions.

Deputy Rose Atkins Sims got into an argument with a woman who made a comment about selling someone (presumably Trump?) to Iran, to which Sims replied “They sell women as slaves. Maybe you want to go.” She also ranted about Muslims, saying they hate America, and should never be in US government. Also, she referred to a group as Nazis, and said “Bring back public execution.”

More in Hip Hop News
Antonio Brown Shoots Music Video For “Whole Lotta Money” Remix Featuring Rick Ross in Miami
Amberle Farthing, a real estate agent, was harassed by a random man in front of her open listing, in Norfolk, Virginia, saying he began taking photos of her and her license plate, telling her that he and his girlfriend got into a fight, and she’s been missing ever since, insinuating that Farthing may be involved, later asking if she has a criminal record, telling her he does and he will handle things “the old fashioned way,” threatening her [VIDEO]