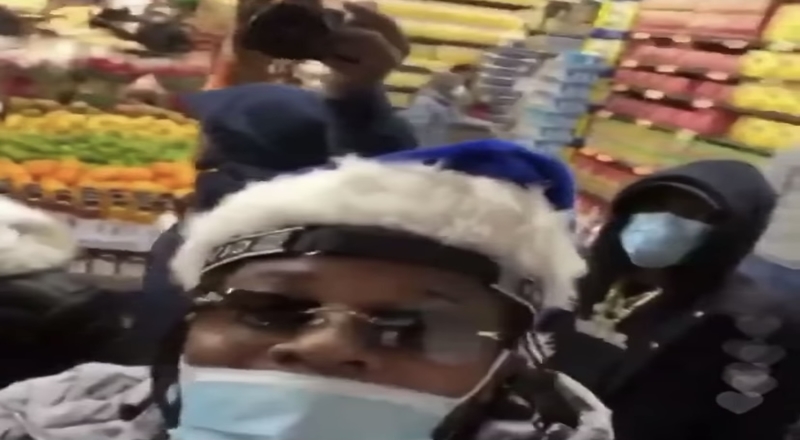 Last week, Rowdy Rebel was finally released from prison after doing a six-year bid in prison as he was incarcerated alongside Bobby Shmurda. Among the charges they were hit with were conspiracy, murder, drugs, and weapons possession. Shmurda will be released on December 11, 2021.

Rowdy has since returned to the studio and showed social media himself on the phone with Shmurda. Young Thug also gifted him new jewelry. Now, he is giving back to his hometown of Brooklyn in a major way.

Rowdy went on Instagram Live to show that $100 bills and said that he was paying for people’s groceries in Brooklyn. He added that he went on to spend $200,000 for the residents.

“I just went through one pack. I just spent 20. I brought like 200 bands out for the people. We giving back man. We gonna blow a bag today. We gon blow 100 bands on everybody in the hood.”

Rowdy also gained some momentum with his music in the summer when he appeared on Pop Smoke’s “Make It Rain” single. That appeared on Smoke’s posthumous debut studio album, ‘Shoot For The Stars, Aim For The Moon.’

Continue Reading
You may also like...
Related Topics:brooklyn, rowdy rebel