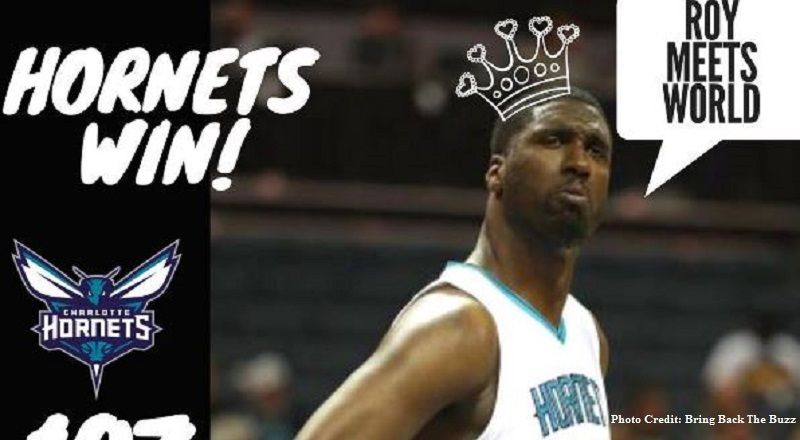 Photo Credit: Bring Back The Buzz

Hard, hard, times out here for anybody trying to be a Charlotte Hornets fan. Anybody who likes watching the underdog was happy about what the Hornets were putting down, early this season. But, this five game stretch was brutal.

Outside of Kemba Walker, the Hornets really don’t have anybody and they lose easy games. Coming back home was one good thing, but not enough to fix all their problems. With Damian Lillard in town with his squad, the Portland Trail Blazers, it looked like another tough game.

Roy Hibbert finally lived up to his end of the bargain and stepped up with his offense, rebounding, and defense. What a relief he was to the fans of the Hornets. Final score was 107-85 and Hibbert is still getting props from the fans.

Read the tweets about Roy Hibbert below:

More in Hip Hop News
#STAR is off to a blazing start, as fans have finally noticed Eddie Winslow (Darius McCrary) playing Otis
Who Killed Otis? Simone says she didn’t do it and #STAR fans are trying to figure out who did it